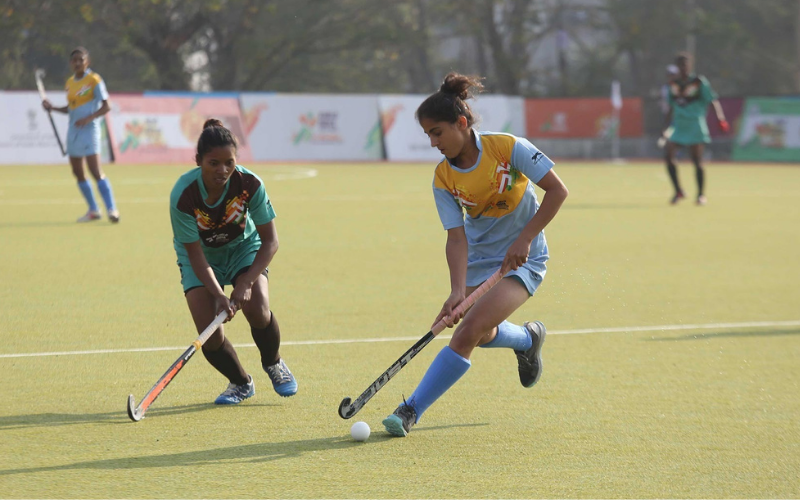 The tournament will be held in Simdega, Jharkhand for the first time with Hockey Haryana aiming to defend their title.

The 11th Hockey India Sub Junior Women National Championship 2021, to be held from March 10 to 18, will kick-start India's much-awaited domestic hockey season. The tournament is being held in Simdega district, Jharkhand for the first time.

Holders Hockey Haryana are among the favourites to win the title. They had lifted the title in 2019 following a thrilling final against Madhya Pradesh Hockey Academy. Hockey Jharkhand, who are in Pool B, and Hockey Odisha in Pool C are also expected to go far in the 11th Hockey India Sub Junior Women National Championship 2021. Madhya Pradesh Hockey Academy, meanwhile, will be looking to go one better than they did in 2019.

Hockey Haryana, who are in Pool A along with Hockey Uttarakhand and Hockey Rajasthan, were upbeat about their chances of retaining the trophy. Kuldeep Siwach, Coach, Hockey Haryana said: "We had a memorable outing last time (in 2019). The tournament was held in Haryana and the girls rose to the occasion to perform exceedingly well. So many players made a mark, including forward Deepika, who currently plays for the Indian Junior Women's Team. We are confident of putting up a good show once again. Due to the Covid-19 pandemic, training was challenging but we have come well prepared thanks to the support shown by Hockey Haryana and Hockey India."

Hockey Haryana Skipper Nidhi expressed excitement ahead of the tournament. She said, "I am so glad to be back playing with my teammates after a long gap. The circumstances were challenging to train due to the Covid-19 restrictions but in recent months, that has changed, and we feel well prepared for the 11th Hockey India Sub Junior Women National Championship 2021. I am proud to be representing Haryana and we are confident of winning Gold again."

Total 22 teams, with over 400 players as well as coaching and support staff, will be in Simdega for the prestigious tournament which will be closely watched by Hockey India national selectors. After five days of pool matches, the quarterfinals will be played on March 15. The semi-finals and the final will be held on March 17 and 18 respectively.

Apart from several SOPs laid out by Hockey India, all athletes and officials need to have the Aaroya Setu app on their devices. They must also follow physical distancing measures at all locations, except athletes on the field. Hockey Jharkhand have also appointed Dr Vivek Kishore and Dr Pankaj Kumar as Hygiene Officers who will be present at the venue to monitor the participants' well-being.

The district of Simdega, which has produced several great talents through the years, has been given the nod to host the event as a part of Hockey India's commitment towards spreading the game to every pocket in the country.