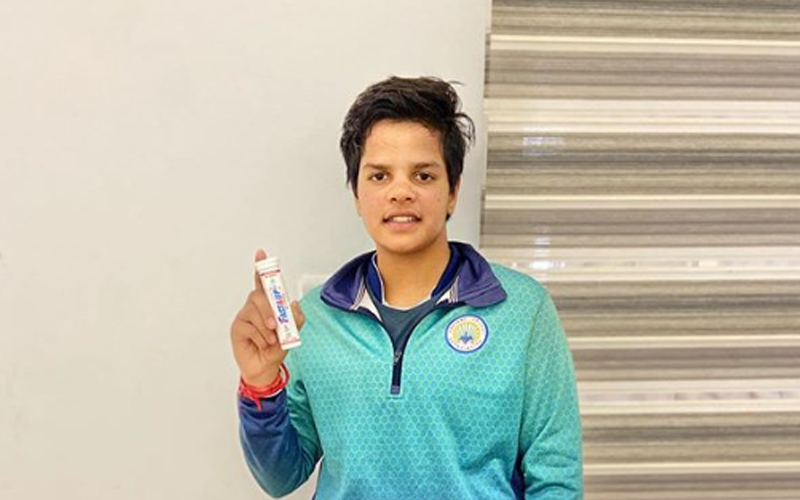 All geared up: Fast&Up cricketers confident of a good show at ICC Women's T20 World Cup

It was close to three years ago when the dream of a billion people was almost made reality. The Indian women’s Cricket team were in the finals of the ICC Women’s ODI World Cup pitted against hosts England at the “Mecca of Cricket”. None could have asked for a better finale.

England won the toss and chose to bat putting together a decent total of 228/7 in 50 overs. India got off to a shaky start, losing their first wicket in the second over. The visitors fought back with a third wicket partnership to put England on the back-foot but a sudden batting collapse shattered a billion dreams with India falling short of the target by 10 runs.

Even though India lost the match, they won the hearts of the nation. Prime Minister Narendra Modi said he was proud of the women's team and praised their efforts. Up until this turning point, there was little limelight the women's team hogged in India unlike their male counterparts.

Fast&Up, India’s leading sports and active nutrition brand, has been one of those few brands in the country who put their weight behind the women's team even before this historic final in England. They have been associated with Women's cricket since they began operations in India five years ago and have been backing some of the leading names in Indian Women's Cricket.

Four of the players who are supported by Fast&Up - Shafali Verma, Harleen Deol, Rajeshwari Gaekwad and Shikha Pandey are part of the Indian team playing the ICC Women’s T20 World Cup in Australia and their first encounter is against the host nation on Friday.

Two of those players, Rajeshwari Gaekwad and Shikha Pandey who were part of the squad which faced the heart-break three ago are eager to get their hands on the prestigious World Cup trophy this time around.

“"Fitness will be one of the key aspects at the T20 World Cup this year. The Indian Team recognises this and we have paid a lot of attention to fitness and nutrition in our preparations for the T20 World Cup. We have a good team of experienced and young players who will give it their all to ensure we make it till the top. We will be taking it one-match-at-a-time and be determined in our pursuit," said Gaekwad, who has been associated with Fast&Up since 2019.

Shikha Pandey, meanwhile, thanked Fast&Up for backing them in their endeavours. "There is a lot of awareness among women cricketers about the wonders good fitness and nutrition can bring to our game. I am really thankful to Fast&Up team for supporting us. They have believed in women's cricket even when many didn't think of us to be capable of creating big victories. Doing well at the T20 World Cup will draw a lot of positive attention to women's cricket in India and the team is really looking forward to it," said Shikha who was signed up by Fast&Up in 2018.

Speaking of their preparations ahead of the prestigious tournament, Indian team's youngest member Shafali Verma, who made her T20 International debut only last year, said, "I am really excited to play the T20 World Cup. The team is backed by good experience and we are well-prepared for the challenge. I would also like to thank Fast&Up who have consistently backed us. We received our Fast&Up kit and we are all geared up."

Harleen Deol further added to Shafali's thoughts and said right nutrition and fitness has helped the team make positive strides in their preparations. "It has always been a dream to lift the World Cup but making dreams come alive is never easy. The entire team has worked really hard over the past few months preparing for the World Cup. Fitness has been one of key aspects of our preparations as well as good nutrition," stated Harleen.

Speaking of the association, Fast&Up CEO Vijayraghavan Venugopal said, "We at Fast&Up are very proud of our Indian women's cricket team and we have been supporting them even before  the 2017 ICC Women's World Cup. While all the attention is usually on the men's team, we have seen enriching benefits of supporting the women's team as a nutrition brand.

We wish the team the very best in their campaign in Australia and knowing very well how committed these young women are to the sport, we won't be surprised if they lift the World Cup."