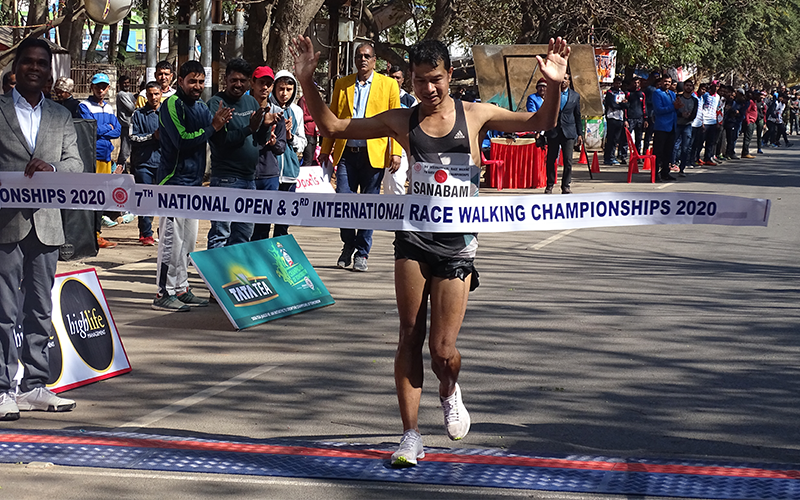 Haryana lad Amit showed his love for the Jharkhand capital with a new National Record in the boys under-20 10km race which was the highlight of the second and final day of the 7th National Race Walking Championships on the Morabadi Road here on Sunday. He had set a National mark for boys under-16 5km here in November 2018.

Paramjeet Singh Bisht (Uttarakhand), Parveen Kumar (Haryana), Vishvendra Singh (Madhya Pradesh), Sanjay Kumar (Rajasthan) and Bajrang Prajapati (Uttar Pradesh) were the others who came home inside that mark. Amit, who improved on his personal best by more than three minutes, stole everyone else’s thunder with a flawless performance.

Manipur’s Sanabam Daman Singh, 30, won the men’s 50km but the Olympic qualification standard of 3:50:00.00 was a bridge too far. But for someone who could not complete the course in the last National Race Walking Championships in Chennai, he drew some satisfaction by climbing the top of the podium with a winning time of 4:08:10.00.

In a testimony to tenacity and experience, it was 35-year-old Gurpreet Singh who finished second ahead of a trio of younger race walkers. Last year’s winner Jitendra Rathore (Rajasthan) and runner-up Sagar Joshi (Gujarat) were among the eight competitors who did not finish the grueling race.