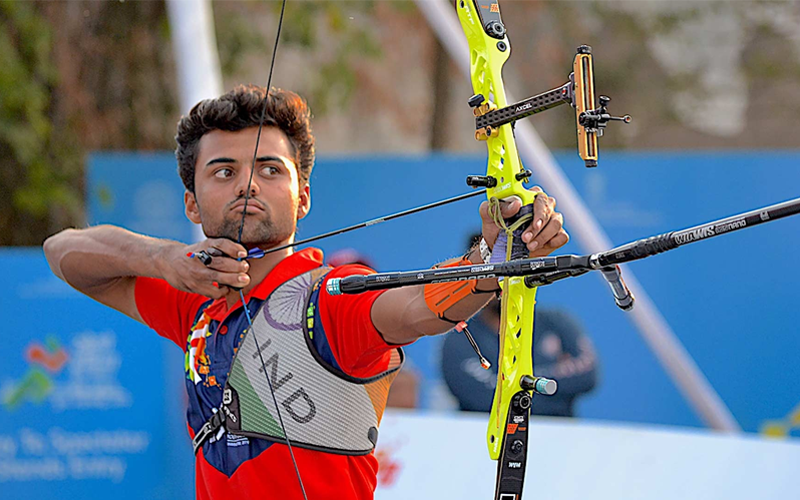 India has seen a host of archers shine in various international competitions in the last ten years. Archers such as Bombayla Devi Laishram, Atanu Das and Deepika Kumari have brought many laurels to the country. However, India will witness fresh talent in the archery circuit at the inaugural Khelo India University Games this month.

After successfully conducting three editions of the Khelo India Youth Games, the Sports Ministry is looking to unearth more talent at the university level through the Khelo India University Games. The tournament will be held in Odisha from 22 February to 1 March 2020.

Ranjit Naik, who will represent the Kalinga Institute of Industrial Technology is determined to win a medal in the individual event since he missed out on a bronze in the All India University competition last year.

Naik added that the Kalinga Institute of Industrial Technology is providing everything necessary for their preparations.

"The university has provided new equipment for our training. We have received whatever we need for our practice from our university," said Naik.

Divya Dhayal from Pune University believes that the best archers in the Khelo India University Games will be from Maharashtra, Madhya Pradesh and Rajasthan.

"Archers from Maharashtra, Madhya Pradesh and Rajasthan will be the ones to look out for in the Khelo India University Games. There are some really good archers from those states who will participate in the competition," said the 18-year-old.

Sangampreet Singh Bisla from Punjabi University expressed that the Khelo India University Games will be another tournament that will help athletes understand their game better.

"The more competitions the better it is for us. Every tournament is a preparation for the next one. After competing anywhere we realize that what we have to work on and how can we better our performance. So the Khelo India University Games will be another tournament which will help us understand our game better," said the 20-year-old.

Bisla added that the Punjabi University team is not going to focus on their opponents and are looking to only perform at their best during the competition.

"If we underestimate an opponent then it could be a problem for us and if we think too highly of an opponent, that could be an issue as well. So we are just going to focus on giving our best in the competition," said the archer.