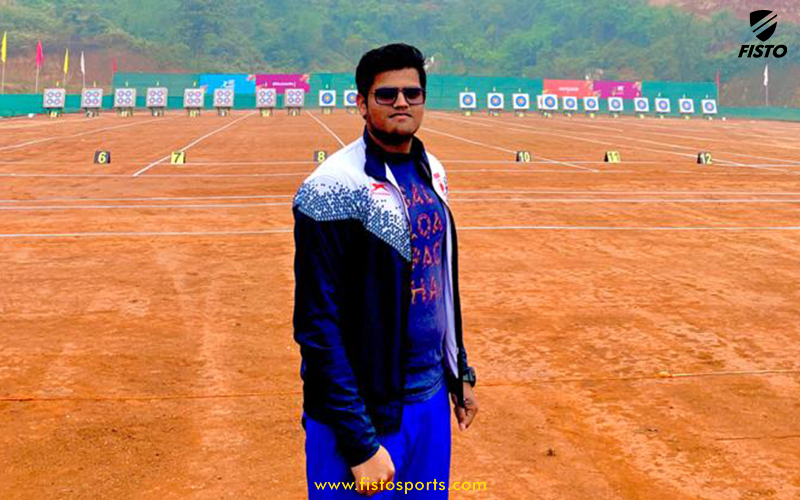 Sachin Gupta's arrows fly at the speed of light, but his feet are firmly planted on the ground.

In a world where everything is increasingly on-demand and immediate, learning patience is a virtue. Archery has a serenity about it that few other sports can boast – and the patience needed while waiting for the right moment to release the bow, coupled with waiting for others to shoot, can prove beneficial both on and off the field.

Two years after taking up the sport, Sachin Gupta wasted little time making his mark in the junior circuit, winning his first national gold medal in January, 2015 with a bamboo bow. 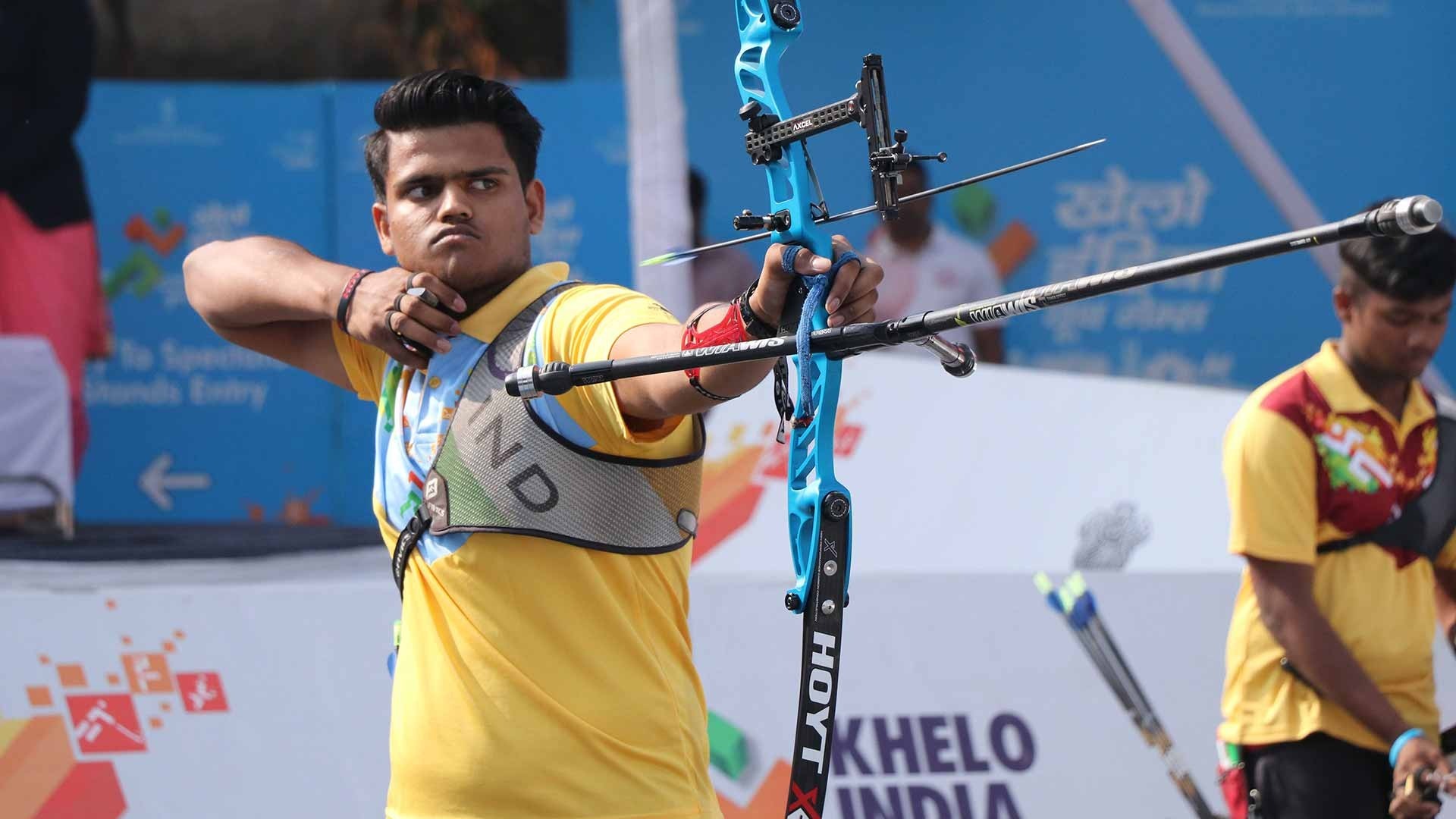 An energetic recurve archer with a penchant for the patience and spectacular, the 21-year-old first achieved notoriety in 2017, breaking the Junior Recurve National record by 10 points and made his way to the national team.

Having blazed a trail through the youth sections, Sachin stepped up to the seniors to win gold at the Khelo India Youth Games in 2019 and gold at All India University Games 2019 as well.

The teenager has since climbed greater heights by claiming his spot in the Indian men’s recurve team and has participated in 2 world cup stages in USA and Germany, where he ranked 49 in the latter tournament.

We caught up with Sachin for a chat about his career so far and what he hopes to achieve in the future and more.

How long have you been involved in archery?

What excites you about archery?

Archery is a Royal Sport. It is always just you Vs you. Moreover, archery is a game of millimetres. Just a small movement at the time of executing a shot, and there your arrow lands outside in the red/blue zone. The fact that it requires such high precision excites me a lot.

When was the first time you have hit the bullseye?

I have a blurry memory, I guess it was in the beginning when I used to shoot from 5 metres with my wooden bow. I don’t remember exactly, but yes, I do remember when I shot a series of bull’s eyes at the time, I broke the Junior National Record in 2017.

What was your first experience shooting a bow?

Unlike other archers, who have to do a hefty training with a stretch band for 2-3 months before touching the bow, I was given the chance to shoot the bow at the very first day. It was so miserable and I hurt myself in the process and got really scared.

Do you participate in any other types of archery besides target?

No. I only do target archery. I would like to try field archery someday but that’s for future.

When did you know you wanted to be a competitive archer?

It was in 2015 when I started training in Delhi with my new bow and at that time, I saw the trials for selecting the Indian team were being conducted at our training centre. I was a volunteer there. That was the moment, I decided to play this sport professionally

What kind of set up do you shoot?

I shoot a Recurve Bow.

To date, what district/state level competitions have you participated in?

I can’t remember the exact number of my state competitions. I have participated in 6 international tournaments including Asia Cups, World Cups, Youth World Championship.

What does it take to get to this level of competition e.g. What is your practice schedule like each week/month, level of dedication, etc?

I practice 6 days in a week and shoot about 300 arrows daily. I have been following this program for 3 years with minor changes in between. I also have morning and evening workout sessions which are flexible according to the phase of my training.

What advice would you have for someone starting archery?

I would advice a beginner to give time to the sport and have patience. Archery, or any sport, is not something to be mastered in seconds. It takes years of training to get to a certain level and requires dedication. It’s also important to learn the basic principles of the technique and then adapt them.

Is there anything you would do differently to help prepare you better for this level of competition? Do you take time off during the year?

One cannot define what he or she is doing differently than others. I think it is just the perception of how we see things and perform according to that. I just go with my gut feeling and that has helped me till now. Yes, I do takeoffs after competition season to rejuvenate myself and get back with more energy!

I won my first national gold medal in January 2015 with my Bamboo Bow. Then I switched to Recurve and in 2017 I broke the Junior National Record by 10 points and made my place in Junior Indian Team.

In the same year, I Participated in 2 world cup stages in USA and Germany, where I reached my peak world rank 49 in the latter tournament.

I became champion at the Khelo India Youth Games 2019 and have won Gold in All India university games 2019.

Currently, I am aiming to climb the podium for the first time of my career at an international event in the coming year. And also improve my world rankings. That is the aim.

Is there a slogan or a mantra that you use as an athlete?

“No one is unbeatable”. I realised this statement 3 years back and it stands true for everyone. It motivates me both ways, to train harder to get close to being perfect and also to provide me with courage during a tough match. It also works as a motivation when you lose any match as you can always win the next time!