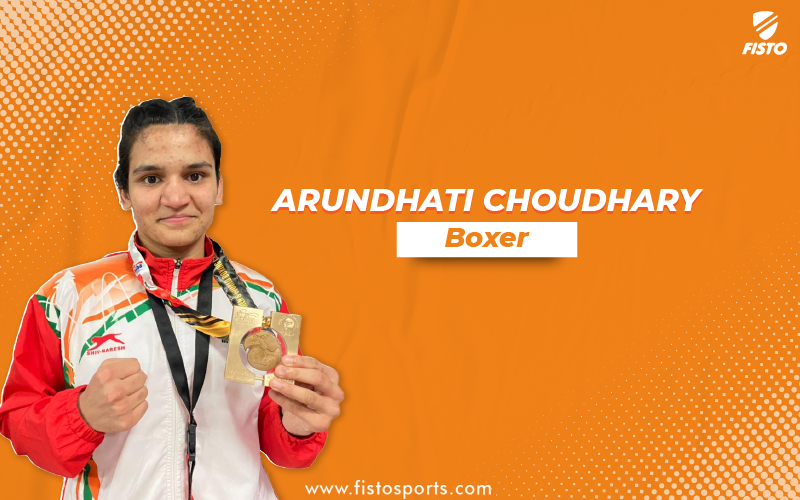 Arundhati Choudhary: ‘I want to become the first Indian woman boxer to win a gold in Olympics’

Boasting a youth world championship gold medal along with a host of other laurels under her belt, 19-year-old Southpaw Arundhati Choudhary looks like she will be quite the firecracker to watch out for in the ring.

Rajasthan is currently enjoying a mini-boom within the boxing scene in the country and Arundhati Choudhary is part of the revolution sweeping through women’s boxing at the moment.

Many boxers start out in a totally different sport before by whatever means their lives are led to the world of boxing. 2021 AIBA Youth World Boxing Champion Arundhati Choudhary has seen her life transition from one sport to another, a life of resilience and evolving. 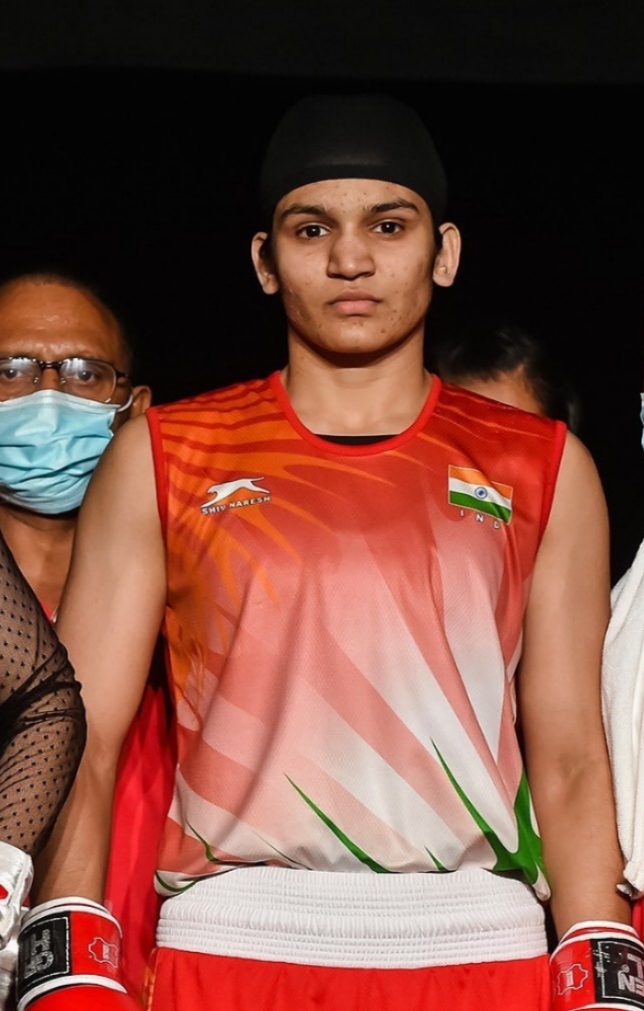 “I was always quite sporty and love to fight. I went from playing basketball to taking up boxing professionally within a short span of time.”

Hailing from the country’s educational hub Kota, which is known for IIT and MBBS, Choudhary said that initially her father didn't allow her to play team sports and insisted to focus on her studies.

“Though currently, my parents feel proud of me for choosing a career in the uncharted territory. Because from my family, I am the only one who chooses the path of sports.”

“But I was almost destined to become an IIT student as my father wanted me to become an engineer as I was good at mathematics, but my heart was set to become an athlete. So, I continuously asked my dad to allow me to play sports. And at last, he agreed but under one condition, which is to play individual sport. He suggested a few options to choose sports such as Badminton, Wrestling and Boxing as they suit my nature. Well, to be fair, I chose boxing and from then it kind of developed into something more.”

From those initial tentative first steps, Arundhati went on to have her successful boxing career, winning numerous titles including reaching the pinnacle of her sport.

A three-time gold medallist at the Khelo India Games, the 19-year-old has been on a roll ever since she finished on the top podium at the 2017 Junior National Boxing Championship. Her passion for her sport took her to instant fame even in the international circuit, getting her three gold medals at the 2017 Valeria Demyanova International Tournament, 2018 National Cup Serbia and 2018 Junior Nations Cup, Varbas Serbia. Choudhary’s exploits caught the eye of boxing fans all over the world and she was voted as the Best Asian Junior Women Boxer in 2018. 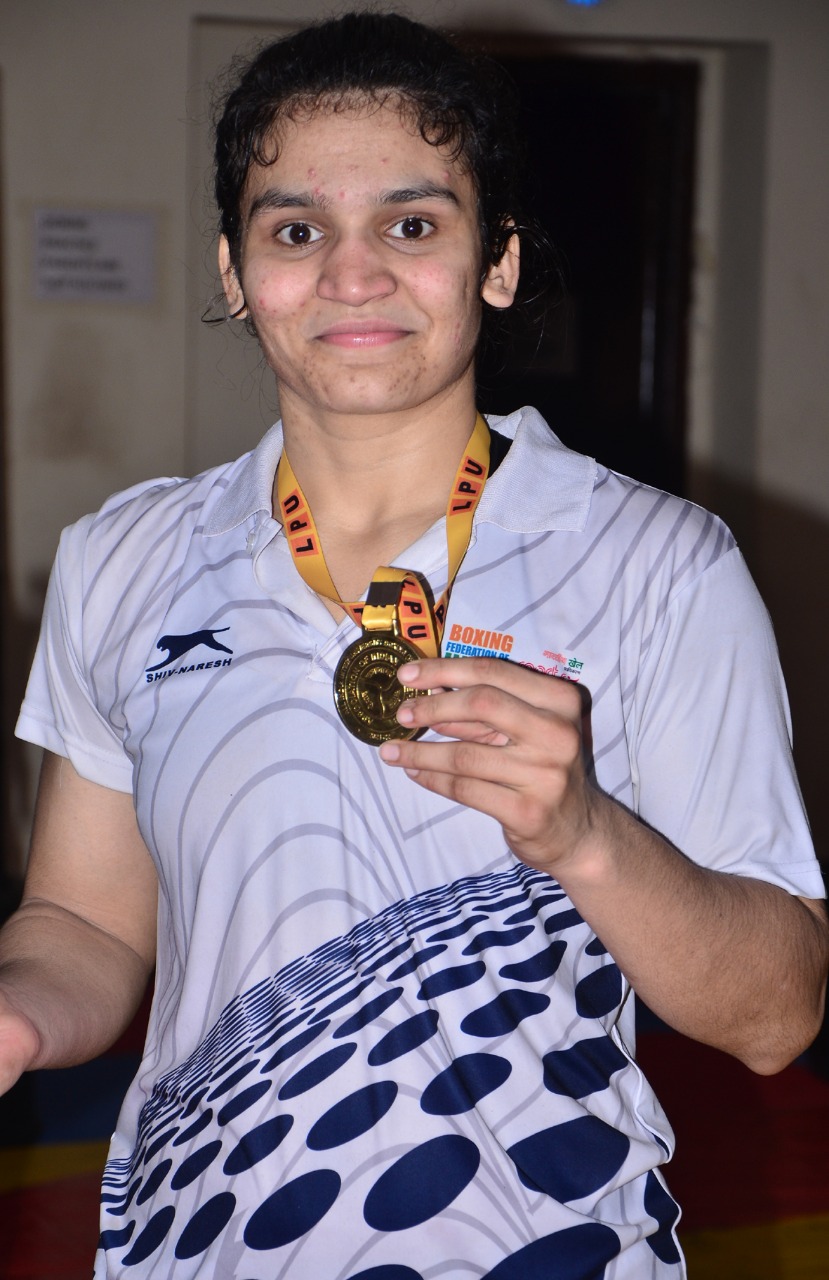 In 2019, Choudhary went a step further to grab the bronze medal at the ASBC Youth Asian Men & Women Championship for one of the biggest accomplishments of her young career. In 2021, she became the first-ever female boxer from Rajasthan to win gold medal in the AIBA Youth World Boxing Championships.

Despite having a great pedigree in her CV, she always wants a new challenge and having lost a bout against Turkish boxer Busenaz Sürmeneli, who Choudhary views as her ultimate competitor.

“Seeing what Sürmeneli and the other girls had achieved in boxing it is really motivating and inspirational. Sürmeneli is a Tokyo Olympic gold medallist and I have lost my bout against her which was my best fight to date.”

Choudhary like many other boxers had to overcome a lot of hurdles in this male-dominated society, acceptance and adversity was one of the biggest challenges.

“I had this ridiculous drive inside me. There were times when I wanted to quit. It got worse, but there was always that gut feeling to keep going, so I did.” 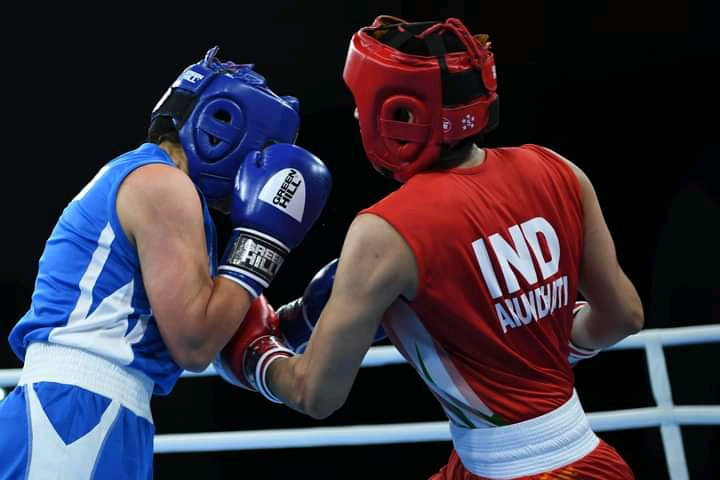 Choudhary views her strongest asset as resilience and having the life she has had. She has created her own path in life, the obligatory obstacles cleared without complaint.

“I get to do what I love, and unfortunately, very few people get to do what they love. I feel so fortunate to have even known what it is what I wanted to do.”

Winning Youth World Championships gold was a childhood dream, but at 19, Choudhary has a lot more to show.

Currently working on her fitness to eye a gold medal in the upcoming Senior Nationals, the Southpaw says becoming an Olympic gold medallist would be the crowning glory.

“I want to win a gold medal in Olympics for my country and became the first Indian woman of India to win gold in Olympics.”