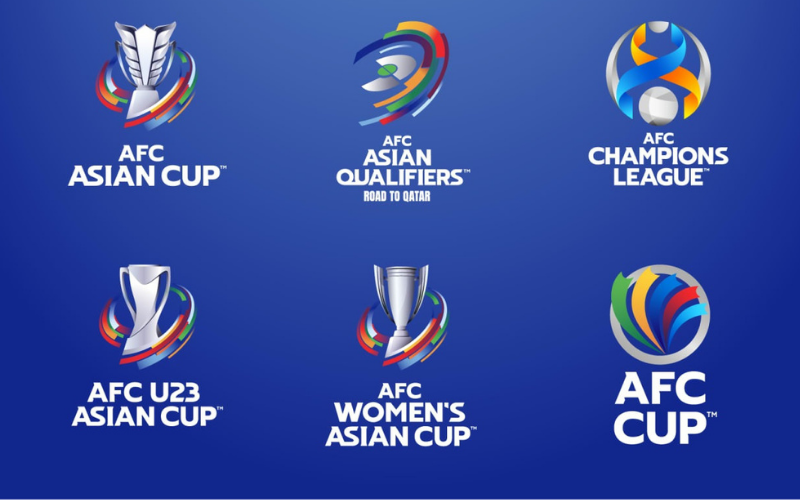 The Asian Football Confederation (AFC) has undergone a major rebrand by creating new logos and "visual identities" for its flagship national team and club competitions.

The AFC Asian qualifiers, AFC Asian Cup, AFC Women’s Asian Cup and AFC Under-23 Asian Cup as well as annual club tournaments - the AFC Champions League and AFC Cup - have all been given new logos in a bid to "engage fans across the continent in the coming years".

The AFC believe the brands also reflect the "spirit" of the organisation as it bids to provide "fresh and visually-captivating content" across all social media platforms and its website.

"The AFC strives to make its competitions even more relevant for its diverse fanbase while showcasing their unique reputation as Asia’s most popular football events.

"I am convinced the new visual identities will resonate strongly across Asia and worldwide, and I am looking forward to the new look and feel across social media and TV broadcast."

FMA, the commercial partner for the AFC, helped to manage the rebranding process over a 15-month period which is said to have involved collaboration with stakeholders and extensive consumer research across Asia.

"Today is an important day from various perspectives," said Patrick Murphy, Board Member and chief executive at FMA.

"Fans of Asian football can enjoy and experience the new AFC competition brands, while sponsors and broadcast partners, as well as clubs and Member Associations will start to actively use the exciting new visual identities to promote AFC competitions to their audiences.

"It is a proud moment and a major milestone as we are moving into a new era of Asian football."

Inspired by football stadiums and the colours of Asia’s teams, the brand designs for the AFC national team competitions aim to embrace the places where the champions are crowned.

In a bid to create a connection between the tournaments, the AFC Asian Cup, AFC Women’s Asian Cup and AFC Under-23 Asian Cup logos share the same fundamental elements and feature their respective trophies.

"These new logomarks will be adapted in respect of each competition, to reflect local elements of the host Member Association," a statement from AFC added.

A logo has also been created for the AFC Asian Qualifiers – Road to Qatar, which is due to begin in the second half of 2021 as teams battle it out for a place at the 2022 FIFA World Cup.

The new AFC Champions League logo features a contemporary interpretation of the trophy by combining elements from the West and East regions.

The AFC Cup has also received a makeover, incorporating the five colours representing the regions where the competition is played.