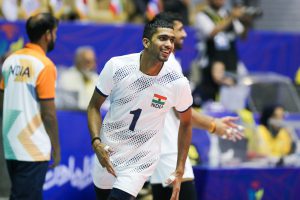 Dominant India pulled off a surprise 25-23, 25-20, 25-21 victory against Korea, the 1999 champions and silver medallists at the 2018 edition in Tabriz, at the 14th Asian Men’s U18 Volleyball Championship at the Federation Hall on Thursday.

India, which finished seventh in the previous edition and 10th at the last year’s U19 World Championship here, overcame a strong challenge from Korea in the opening set, making use of devastating attacks from Shekhar Turan to take the hard-fought set 25-23. 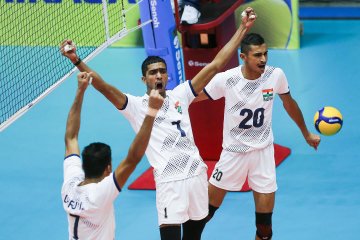 As Aryan Baliyan joined forces in puncturing the rivals’ defence, India turned the tide to take the competitive set 25-20 for a 2-0 advantage. Though challenged seriously by the spirited Koreans, India intensified their defence and bounced back mightily for the thrilling 25-21 win in the third set.

Aryan Baliyan weighed in with 13 points for India, while Kush Singh contributed 10 points through attack hits and well-placed serves. Song Wonjun led the Koreans with a match-high 15 points.

“We had our sights set on winning this match because we learned that the winning would give us a chance not to face a stronger team in the next stage. We had our fingers crossed that we should beat Korea and we did. I am so pleased with it,” Bir Singh Yadav, India’s head coach, said after victory.