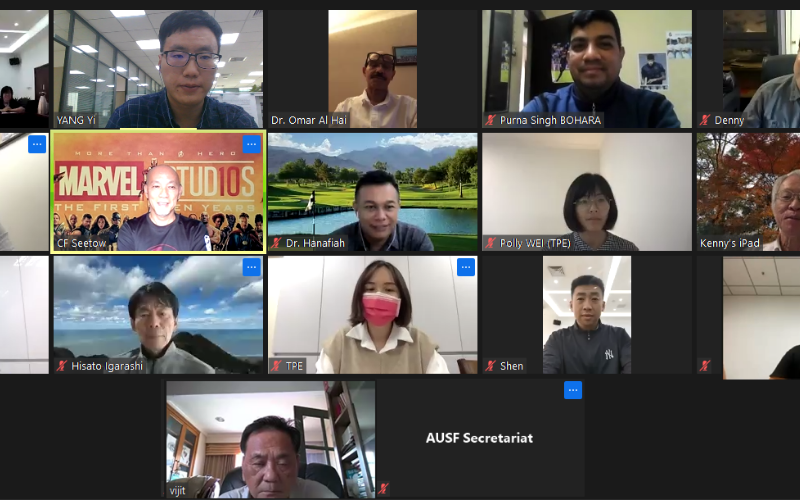 It was decided to postpone the 2021 Asian University Badminton Championship to 2023 and the AUSF Football Cup to October of next year.

Members also confirmed that the AUSF General Assembly this year will be held virtually in November.

The meeting heard that the pandemic had made it "very hard for the organisation and participation of Asian University Sports Championships".

"We know well that cancellation and postponement of the scheduled events is very tough for not only our Executive Committee, but also for our Organisation Committees, student athletes and other stakeholders who have been putting efforts in," said AUSF secretary general Kenny Chow.

"But moving forward we will further adapt ourselves to host online events instead to sustain our shared endeavour."

Leonz Eder, the Acting President of the International University Sport Federation, was among those to attend the meeting.

The AUSF confirmed memorandums of understanding with the Wushu Federation of Asia and the Asian Chess Federation.

It means Asian University Championships in both wushu and chess are now planned.

A deal with FISU Oceania for strategic cooperation was also confirmed.