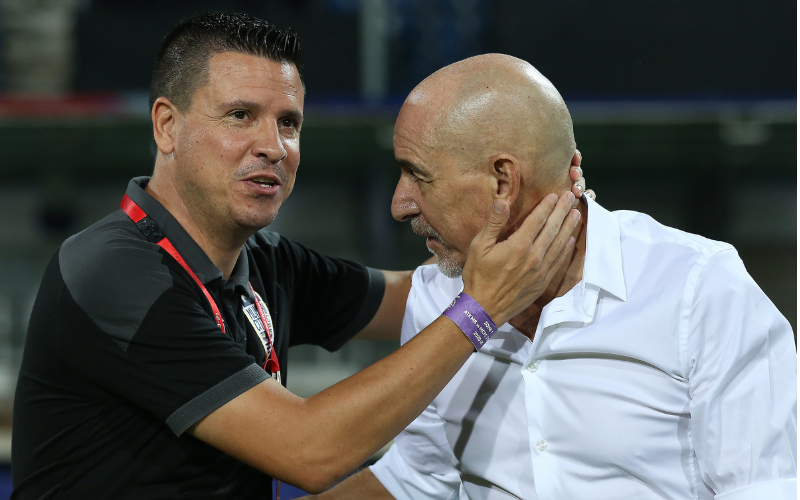 While the rest of the league vies for third and fourth spot, Mumbai and Bagan have been fighting a private battle for the top spot all season.

It is not often that a league's conclusion is perfectly set up with a match that is a virtual final, a straight shootout to determine who goes home with the coveted Hero Indian Super League (ISL) League Winners Shield. Yet, as the league phase of the Hero ISL enters its home stretch, it is becoming more and more apparent that the number one spot, and a berth in the 2022 AFC Champions League Group phase, will be decided on the final day, in the final match.

On February 28, the league phase of the Hero ISL will conclude with a match between ATK Mohun Bagan and Mumbai City FC. Both teams, since November, have been heads and shoulders above the rest in terms of quality and consistency. While the rest of the league vies for third and fourth spot, Mumbai and Bagan have been fighting a private battle for the top spot all season. It was Mumbai who held the upper hand for long. On Sunday, Bagan (36 points) took over that top spot from the Islanders (34 points) with a win over Jamshedpur. On Monday, Mumbai can retake it with a win over Bengaluru.

What makes this battle all the more interesting is the contrast that is evident between the two sides. ATK Mohun Bagan and Mumbai City FC are antitheses of each other, both on and off the field. One draws inspiration from one of the most passionate fanbases in the country and boasts of a history that stretches back more than a century. The other is a window into global football, a part of what is perhaps the most influential football conglomerate in the world. A clash of tradition and modernity.

Both are led by two Spaniards who find themselves at opposite ends of the spectrum when it comes to footballing philosophies. On one hand, there is Antonio Lopez Habas, ever the realist. For Habas, winning is everything and a team derives its strength from the backbone that is its defence. A 1-0 win is a plan executed to perfection. No team has conceded less (10 goals) than his ATKMB side nor has any team kept more clean sheets (10). Habas doesn't believe in making more passes than is necessary, nor in keeping possession for possession's sake. His team is second from bottom in the passing stats (5499 passes). He comes from the same tradition that gave the world Jose Mourinho and Diego Simeone. Habas would no doubt nod in approval to what Mourinho once said about keeping the ball — 'possession is for philosophers'.

In the other corner, there is the philosopher that Mourinho was talking about. For Sergio Lobera, the madness is more important than the method. His team has to play a certain way, as he thinks football should be played. As somebody, who spent his formative years as a coach at FC Barcelona when Johan Cruyff's philosophy was enveloping the club, it is no surprise that Lobera insists on his teams being aesthetically pleasing. His success, particularly this season, has been in moulding his team in his image in a relatively brief period of time. Like a typical Lobera team, Mumbai have out-passed (7577 passes) and out-possessed their opponents this season. Only Goa has made more passes and scored more goals than them so far.

That is not to say that Lobera neglects his defence — Mumbai are right behind Bagan in second in terms of least goals conceded (11 goals). But his defensive strategy is based on not giving the opponent the space to create pressure, rather than absorb whatever pressure they manage to create.

Between now and February 28, a lot can happen. Mumbai are not exactly in the best of form and their last six games have featured three draws and a defeat. If they can get three points against Bengaluru on Monday, then the fact that their remaining assignments come against Jamshedpur and Odisha FC puts them in prime position. Bagan, meanwhile, have the small matter of a Kolkata derby on Friday, one into which their rivals SC East Bengal will come in buoyant after recent successes. They then face Hyderabad FC whose chances of making it to the playoffs will likely hinge on the outcome of the match. As tough as the tasks are, it is hard to look past Habas' serial winners going into that final match against Mumbai, only a win away from winning the league. Chances are it will be a clash to remember.

Who will win the League Winners Shield?