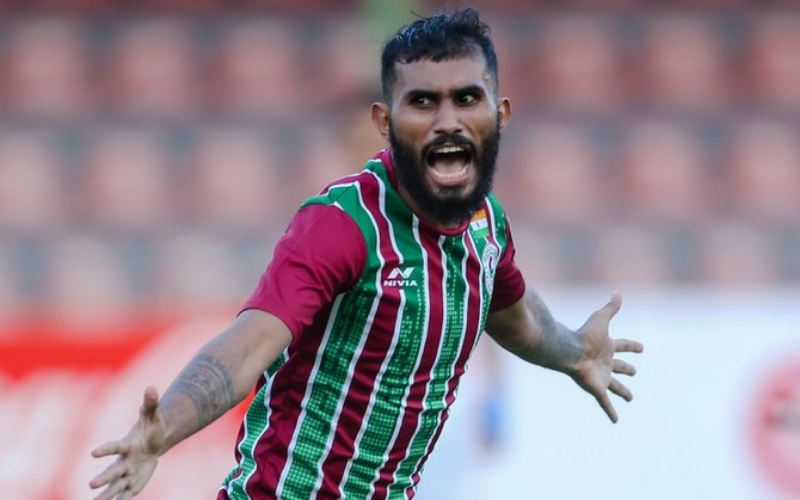 ATK Mohun Bagan defeated Bengaluru FC 2-0 in their AFC Cup 2021 clash on Wednesday (August 18, 2021) at the National Football Stadium in Male, Maldives. Roy Krishna and Subhasish Bose scored on either side of the half-time interval to hand the Mariners all three points and kick off their campaign in Group D with a win.

The first goal came in the 39th minute through Roy Krishna as Hugo Boumous' corner kick was headed towards goal by Subhasish and Krishna was on hand to flick the ball past the keeper from close range and fire his team into the lead.

Subhasish, who is celebrating his birthday as well today, added his name to the scoresheet in the first minute of the second half as he collected a low cross from the left from David Williams, spun inside the box and fired in a cracking finish into the bottom corner to double the Mariners' advantage.

In their next fixtures, Bengaluru FC will take on Bangladeshi side Bashundhara Kings and ATK Mohun Bagan will face Maldivian outfit Maziya Sports & Recreation. Both matches will take place on Saturday (August 21, 2021) at the National Football Stadium in Male.

A goal and an assist in the #AFCCup to mark your birthday! ⚽🎂

The team finishing on top of the group at the end of three rounds will proceed to the single-leg Inter-Zone Semi-final. A number of Indian players from both Indian clubs are scheduled to join the ongoing national team camp in Kolkata once the AFC Cup action in Group D concludes.