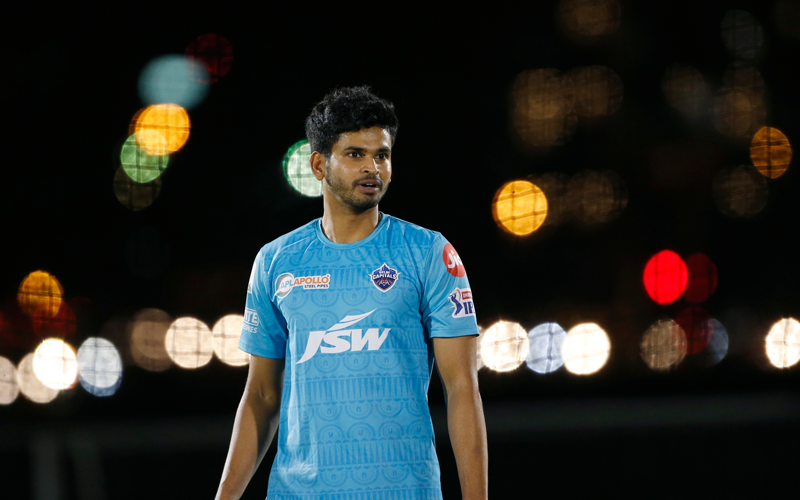 Delhi Capitals secured their berth in the IPL Playoffs with an impressive win over Royal Challengers Bangalore on Monday.

Four consecutive defeats in the second half of the Dream11 Indian Premier League did put the Delhi Capitals under scrutiny, but a complete performance against the Royal Challengers Bangalore on Monday evening saw the team seal the second spot in the points table and qualify for Qualifier 1 of the tournament which takes place on Thursday in Dubai.

Having qualified for the Playoffs for the second season running, Delhi Capitals' captain Shreyas Iyer seemed pleased with his team. "It's an amazing feeling to be second on the table, and facing Mumbai Indians again, who have been really dominant throughout the tournament. We’ve got another opportunity to beat them, so I am sure that we will make the best use of it,” expressed Iyer.

In what was a do-or-die situation, Delhi Capitals put up a remarkable show both with the bat and the ball as they beat Virat Kohli & Co. by six wickets in Abu Dhabi. Speaking on the win, Iyer said, "I feel it was a comprehensive victory for us. I think we really paced our innings very well, especially while chasing. And the way bowlers bowled, I think, irrespective of how the wicket played, it was really amazing bowling.”

"It was phenomenal to see the intensity and the energy that the boys showed on the field. What I require as a captain on the field is to see everybody putting 100% effort, and I believe your attitude and body-language does matter a lot whenever you are on the field,” added the 25-year-old.

Meanwhile, Head coach Ricky Ponting also had his say on the emphatic win against RCB. "It has been the hardest thing (to have lost four matches). I think, over the last couple of weeks, the key was to make sure that the confidence was still up. You know whenever you lose a few games in a row at the back-end of the tournament, it can sometimes be a bit difficult to change the momentum. But, credit to the boys - they were outstanding. You could see different energy around the group that really set the tempo for the whole game,” said Ponting.

"It wasn’t the perfect game but it was a really good, solid performance that we needed to put up. They (RCB) are a really good side, and we won with an over to spare, which in T20 cricket is quite a big margin. So we can look ahead now to MI, who have beaten us twice in this tournament, and make sure we are ready to go for them in a few days,” added the Head Coach.

Speaking on his team’s record at Abu Dhabi where they won only their first match on Monday, the Australian said, "Well, that's funny because I have purposely not spoken about the venue or the ground. I mean, the first couple of games that we played, we talked about, ‘Oh we can't win in Abu Dhabi, what is it about the ground,’ but coming into this game, we didn't mention of it at all, it's just another ground. The wicket was outstanding, that's probably the best wicket we’ve had right through the tournament.”

"I am most proud because it was do-or-die, and the boys knew that and they responded in a really positive manner. The way I am looking at it now is that we have done that, and we just have two more games to play, and it will gear ourselves up to try and win the first final, then let's see how we can go from there,” added Ricky.

Commenting on the challenges that playing after lockdown and life inside the bio-secure bubble pose, Ponting said it has been hard for everyone. "I think there have been a lot of challenges, through this tournament as well, with three and a half weeks training before our first game, being in a bubble, in a lock-down. It's been hard, and I think every team at some stage was just a little bit of down because of that - ours just happened in the last couple of weeks, but now that we have won the game, this could be a real moment for us to make sure to gear up for the last 10 days of the tournament,” added the Aussie great.