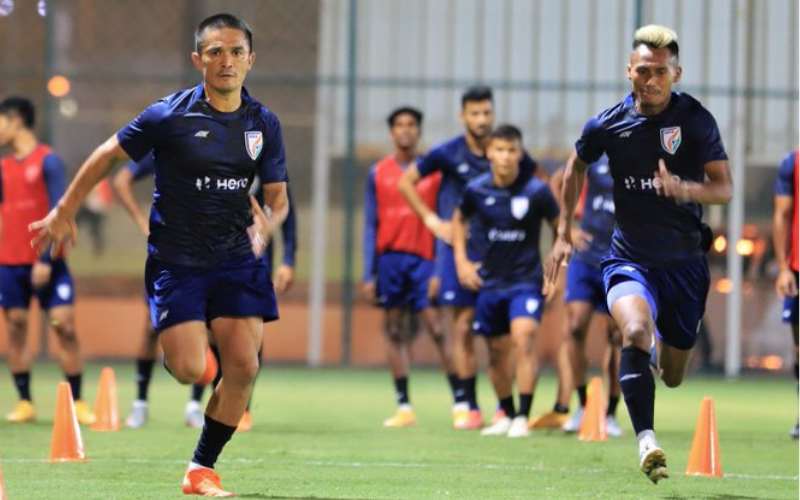 Indian National Team Head Coach Igor Stimac, on the eve of the Blue Tigers’ match against Bangladesh, described the opposition as a “team with great fighting spirit”, that puts in “quality work” on the pitch.

Stimac was speaking at the official pre-match press conference for India’s match against Bangladesh in the FIFA World Cup Qatar 2022, and AFC Asian Cup China 2023 preliminary joint round qualification round scheduled to be played at the Jassim Bin Hamad Stadium, Doha tomorrow (Monday, June 7).

“In the football world, I would say they are very annoying team who disturb the opposition with so much defensive work, quality work – with blocks – quite similar to what we did against Qatar,” Stimac averred.

“In football at times, you need to do everything possible to irritate the rival team, to annoy them, to cut their passing. Bangladesh are fighting it for every point in the group, and whatever they do, they do it as a team,” the Head Coach averred.

The kick-off is at IST 7.30 pm (local Doha time 5 pm) and the match will be telecast live on Star Sports Network and Disney + Hotstar.

“The match against Qatar was not easy. But we displayed a certain character and arrogance in the 90 minutes against the Asian champions. We aim to do great in our second game. We will give our best with our desire, commitment and try to make everyone proud,” Jhingan maintained. Stimac added: “The match against Bangladesh is a big game for our fans and the team. We are going to approach the game to win it without meaning any disrespect to our opponents. Our aim has stayed the same since the beginning – to qualify for the AFC Asian Cup China 2023.”

The last time the two teams met at the YBK in Kolkata back in October 2019, the match ended 1-1.

“We are going to try to show some composure different from that of the Qatar or Oman match. It’s up to us whether we can handle the match better in regards to ball possession, ball movement, speed and accuracy of passing and the eventual execution,” Stimac expressed.

Sandesh, who was conferred with the Arjuna Award last season highlighted that football often comes up with many surprises.

“In football you can get surprised and get bad results any day. The main job is the preparation – both physically and mentally,” he explained. “As players we need to stick to the game plan and show the right desire and commitment which the gaffer wants and expects from us,” he added.

“The matches against Qatar and Bangladesh are so different – from one extreme to another. In the first game we played the best team in Asia who were so superior and have been training every day in comparison to us having just eight days of training prior to the start of the competition. In fact, without the help of the Qatar FA and Qatari government, we wouldn’t have even begun our training,” Stimac opined.

“Bangladesh were also in a similar situation to us as far as preparation is concerned. But they have the advantage of their players being much more competitively fit as their season ended in the second week of May in comparison to most of our players not having any competitive football since February.”