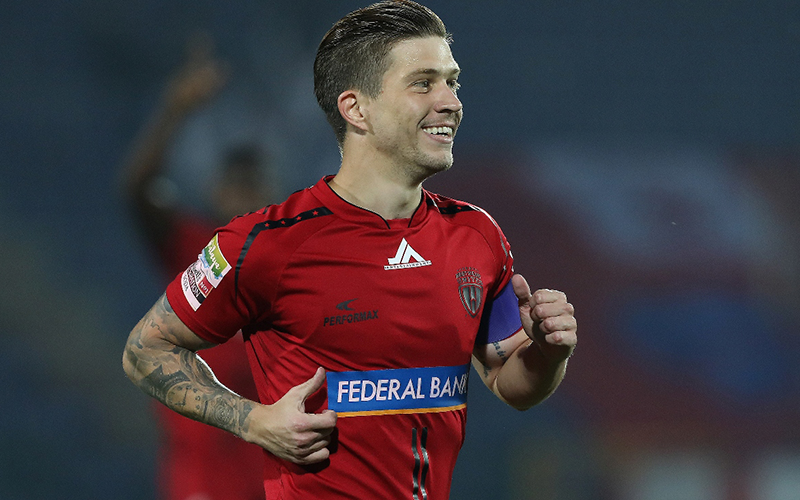 Battle of the bottom-dwellers in a game of pride

It has been a season of woes for both Hyderabad and NorthEast and all that both sides have to play for is pride.

NorthEast, who are currently second from bottom with 13 points from 16 matches, can potentially leapfrog Jamshedpur FC and Kerala Blasters and finish as high as seventh if results go their way. However, it does not take away the fact that it has been a disappointing campaign for the Highlanders.

Injuries to key players have not helped matters for NorthEast. Asamoah Gyan’s injury was a huge blow to their forward line and goals dried up after that. Irish striker Andy Keogh, who came in as a replacement, hasn’t had enough time to come good.

In what is their penultimate game of the season, interim coach Khalid Jamil has more concerns. Jose Leudo, Wayne Vaz and Redeem Tlang are all suspended while Komorski, Nikhil Kadam and Provat Lakra are injured.

“We are not thinking about Hyderabad FC. This is our penultimate home game. We will be going for three points. We cannot do much about the players who are suspended. It is beyond our control,” said Jamil.

The Highlanders last won a game about 12 matches ago, incidentally against Hyderabad. They will hope Federico Gallego and co. can break their winless run against the bottom-placed side.

Hyderabad have notched just seven points from 17 matches. Apart from finishing their final match of the season with a victory, interim coach Javier Lopez and team will be hoping to avoid registering the worst ever points tally in an ISL season.

Chennaiyin FC, who registered just nine points last year, hold the dubious record right now and unless Hyderabad manages to beat NorthEast, the feat will be theirs.

Hyderabad have won just one match all season and have not kept even a single clean sheet. This is one final chance for them to lend some sort of respectability to their campaign. However, they will have to do so without the services of central defender Matthew Kilgallon and goalkeeper Kamaljit Singh.

“This has not been the best of seasons. The situation of the players was not the best when I arrived, but they are motivated to compete. We have been competitive, we got a draw against Mumbai City FC and Bengaluru FC. The only game where we didn't compete was against Goa. The next game is the last match of this season. Everyone is excited to finish with the three points,” said Lopez.

But who will win the battle at the bottom?