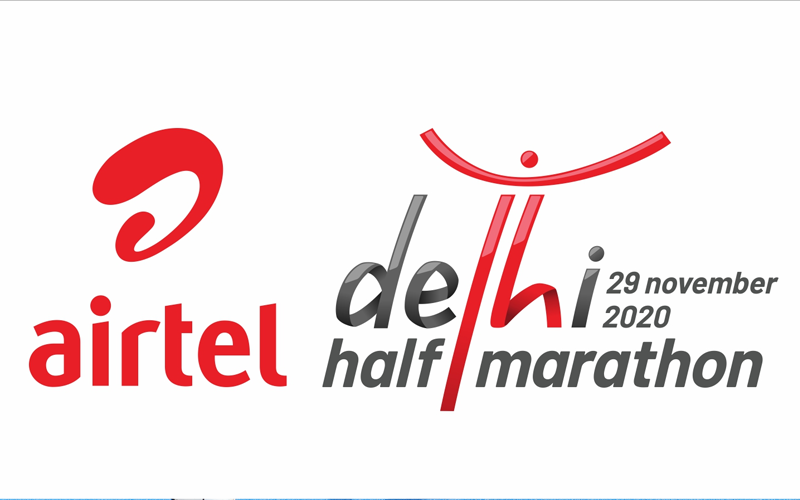 Belihu and Gemechu to defend Airtel Delhi Half Marathon titles

Race promoters Procam International are happy to announce that defending champions Andamlak Belihu and Tsehay Gemecu will return to the Airtel Delhi Half Marathon for the 16th edition of this prestigious World Athletics Gold Label Road Race on Sunday 29 November.

The Ethiopian pair will both be aimingfor an unprecedented third successive victory in the Indian capital.

“I have been training wellin (the Ethiopia capital) Addis Ababafor the lastcouple of monthsand I am very thankful to have the opportunity to race in Delhi, a city I always enjoy returning to and racing in,” commented Belihu, whowill turn 22 just overa week beforerace day.

“This has been a difﬁcult year, for everyone around the world,not just professional athletes, due to the COVID-19 pandemicand I have been trainingalone much more than that I am normally used to but my ﬁfth place at the World Athletics Half Marathon Championships in Poland last month has assuredme that I am in good shapeand I am conﬁdent I can putup a good defence of mytitle,” he added.


He willbe aiming to ﬁnally go into newterritory on thestreets of Delhi, perhaps even going under 59 minutes, and conﬁrm his placeas the most successful runner in ADHM history after having also placed second in his race debut in 2017.


An unprecedented 13 men in the ADHM 2020 elite ﬁeld have run under the world class benchmark of one hour, and ﬁve of them have actually run faster than Belihu in their careers including Adola who returns to Delhi for the ﬁrst time since his record run six years ago.


The fastest man in the ﬁeld is Bahrain's 2018 World Athletics Half Marathon Championships silver medallist Abraham Cheroben, who holds the Asian record for the distance with 58:40.


Two other men to watch will be the Ethiopian pair of AmdeworkWalelegn, who was second in Delhi last year and also took the bronze medal at 2020 World Athletics Half Marathon Championships last month, and 2017 and 2019 world5000m champion MuktarEdris, who will be makinghis half marathon debut.


Last year, Tsehay Gemechu improved her own women's course record from 2018 by no less 50 seconds when she ran a stunning personal best of 66:00


Ideally, Gemechu wouldlike to go even fasterthis year but, like so many runnersaround the world,her training and racingthis year havebeen hugely impacted by the COVID-19 pandemic.


“COVID-19 is a disaster which has affected everyone's life all over the globe and, deﬁnitely, it hasaffected my training, not least in the earlystages of the pandemic when we wereall fearful of infection. Later, my coach and I decided to take care of ourselves, taking into account all the advice fromthe World HealthOrganisation, and I started my own individual training programme with my main goal of coming back to Delhi,although since September I have had some raceson the track,” reﬂected Gemechu, who will turn22 in December.


“Like all the athletes who will be coming to Delhi, I'd like to express my thanks to the race promoters Procam International who have committed their time and effort and invested their money in making sure this race goes ahead while we all respect the appropriate health measures,” she added.


Gemechu will have a host of outstanding rivals in this year's race, arguably the strongest women's ﬁeld ever seen in the history of the ADHM with seven women having run under 67 minutes.


Among themare two of her compatriots, Yalemzerf Yehualaw and Netsanet Gudeta.


The in-form Yehualaw ﬁnished second in the ADHM 2019, just one second behind Gemechu, and showed she'sone of the rising starsof women's distancerunning by ﬁnishingthird at the World Athletics Half Marathon Championships last month in a personalbest of 65:19 while Gudeta ﬁnished eighth in Polandbut helped Ethiopiato team gold and was the 2018world half marathon champion.


The ADHM 2020 will be unlikeany previous edition with only an estimated 60 elite international and Indian runners in action on the Delhi roads, with the traditional start and ﬁnish in the Jawaharlal Nehru Stadium, the event being held in a bio-secure bubble.


Non-elite runners of all abilitieswill have the chanceto participate virtually from any location, running at any time between25-29 November via the ADHM App. Details of how to download and use this app can found on the ADHM 2020 website airteldelhihalfmarathon.procam.in

Airtel Delhi Half Marathon 2020: Avinash Sable breaks national half marathon record, first Indian to run it in less than 61 minutes