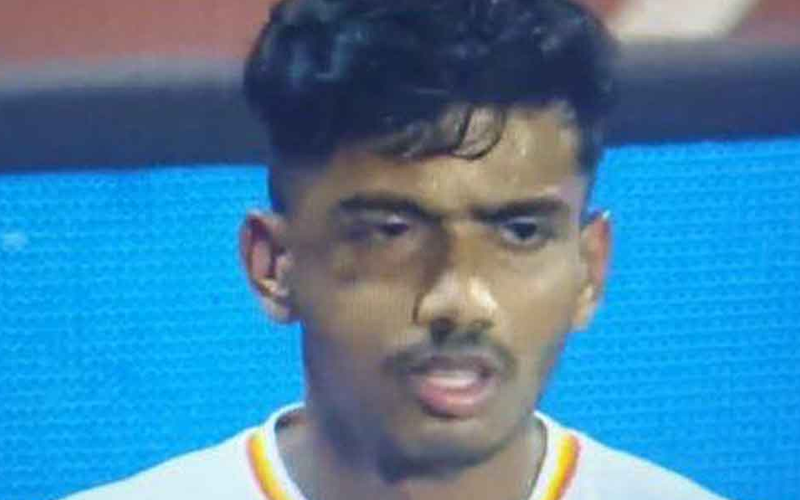 Ashique Kuruniyan had to be driven off to hospital during an Indian Super League (ISL) clash which Bengaluru FC beat Odisha FC 2-1 at the GMC Stadium in Bambolim on Thursday.

“Ashique Kuruniyan has suffered multiple fractures to his face and is under observation,” Bengaluru FC said in a statement. “We’re sending the boy strength, and wishing him a speedy recovery,” the club said.

The incident happened in the 48th minute of the game as Ashique was caught in the face by Odisha’s Jerry Mawihmingthanga early in the second half as Bengaluru FC were forced into substitutions.

Bengaluru FC coach Carles Cuadrat said that Odisha FC’s equaliser was a lapse in concentration after Ashique’s injury. “We weren’t doing things right and players were in shock about Ashique. We were not getting the ball and losing it very past,” Cuadrat told the broadcaster.

At the post-match press conference, Cuadrat accepted that Ashique was the best player for Bengaluru FC after the first 6 games. “I think he (Ashique) was our best player at the moment of the season, after six games, and he was having a great season. Maybe it ill be a long time before we get him back.”

Odisha FC coach Stuart Baxter, speaking to the broadcaster accepted: “I have to worry about not getting the sack first.”

Later at the post -match press conference said that his young players are not to blame. “Inexperience in itself is not costing us,” he said. “You have got a young group who are almost playing very well but luck is not on their side and they are losing confidence and concentration every game. To keep them believing in what they are doing is very difficult,” he added.