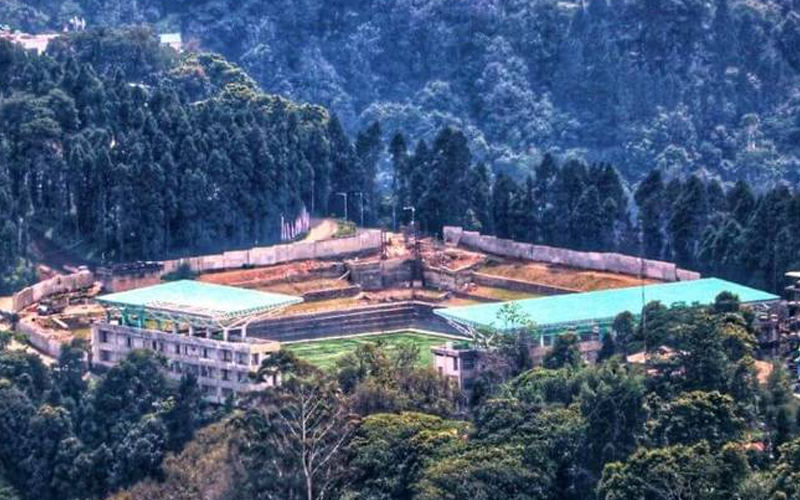 Bhaichung Bhutia to have stadium named after him

Bhaichung Bhutia is set to become the first Indian footballer to have a stadium named after him.

India's love for the ‘beautiful game’ is not unheard of. But a football stadium in India named after a footballer is not something we have been familiar with.

Sooner than later -- a stadium named after Padma Shri Bhaichung Bhutia, "one of the best Indian footballers,” is going to be inaugurated in Namchi -- twenty-five kilometres away from the maestro's birthplace, Tinkitam in the district of South Sikkim.

"It's our tribute to one of the best Indian footballers. Even after hanging his boots, Bhaichung Bhutia has been a role model to many and he will continue to inspire young footballers of India, let alone Sikkim. We can't repay for what he has done for Indian Football. But a stadium named after him might be a small homage towards the great footballer," Menla Ethenpa, President, Sikkim Football Association said.

Barring the Dr. Karni Singh shooting range in New Delhi and the stadiums named after iconic hockey duo -- Dhyan Chand and Roop Singh -- this is going to be the first-ever stadium in India to be named after any Footballer.

Meanwhile, Bhaichung, the first Indian Footballer to play 100 International matches stated he is "honoured" as it's going to be the first-ever Football Stadium in India named after a footballer.

"I'm very much honoured and excited. If you look at the larger picture I'm happier because the budding footballers will get another top-class facility and infrastructure to play football. This stadium has produced many footballers including me. I have so many memories of playing there," Bhutia sounded nostalgic.