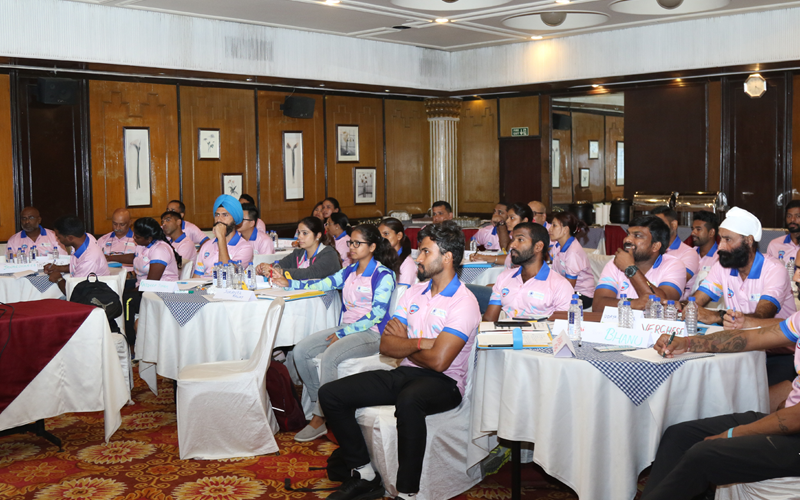 The FIH Academy - Hockey India Level '2' and Level '3' Umpire Courses have previously been held twice in India, which took place during the FIH Men's Hockey World Cup 2018 and the FIH Men's Series Finals 2019, and the third round is being held to further help attendees gain with practical knowledge and on-ground scenarios.

"Hockey India's is clearly demonstrating its commitment to the development of umpires and Coaches through knowledge and practical-based courses that will equip them to deliver within the modern hockey environment. FIH believe it is important to work with all top hockey nations across all areas of the game. Education is one of the four pillars of Hockey4Life, our global development programme," stated Mike Joyce, Executive Director – The Hockey Foundation and FIH Development Director.

Just like the Technical Officials Courses, the FIH Academy - Hockey India Level '2' and Level '3' Umpire Courses will benefit the participating candidates with the chance of studying and being assessed on their theoretical knowledge of international umpiring and related on-field duties. The Courses will also provide the candidates with the opportunity to develop their skills and knowledge of the technicalities involved in the sport of hockey.