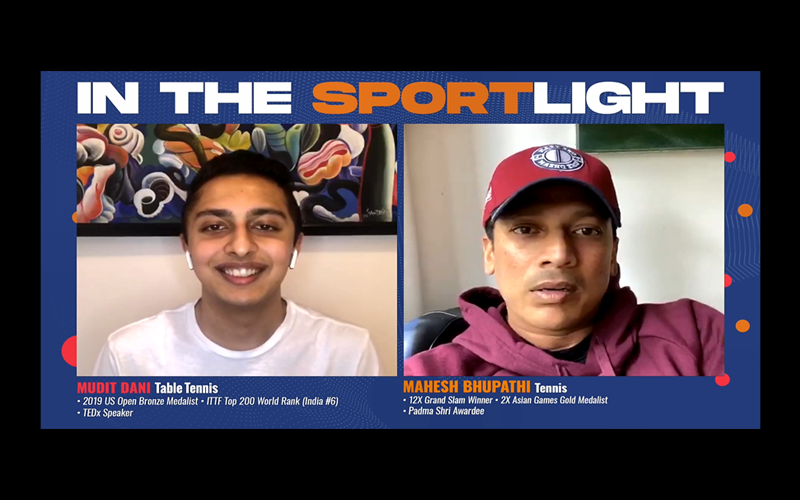 Former Indian tennis star Mahesh Bhupathi has backed Novak Djokovic and Naomi Osaka as the favourites to clinch the 2020 US Open title during a freewheeling chat with young and rising Indian paddler Mudit Dani on his online live show ‘In The Sportlight'. Bhupathi also stressed on the importance of mental training for athletes to become successful at the professional level.

After a seven-month-long wait due to the coronavirus outbreak, the US Open commenced on Sunday. With top players like Roger Federer and Rafael Nadal missing this year's tournament, the 2002 US Open men's doubles champion Bhupathi is rooting for World No. 1 Djokovic to win his fourth title. However, despite the tough competition in the women’s singles, the 12-time Grand Slam champion Bhupathi felt Japanese sensation Naomi Osaka will hold an edge over her opponents.

While talking about the importance of mental training at the professional level, the two-time Asian Games doubles gold medallist said: “Mental training is a very important aspect of becoming a professional athlete. When I was growing up, there wasn’t enough talk about it, also enough avenues weren’t there to explore that. But today every athlete explores that area.”

The 46-year-old further expresses the need for making infrastructure accessible to the public to attract more people to sports in India. “In London, for example, you can pay four pounds and play for one hour of tennis. That is where we struggle. In sports like cricket or football, you don’t need much facilities to play but in other sports like tennis, table tennis or badminton, you need to be a member of a club which is challenging and that’s why numbers don’t work in India,” said Bhupathi, who has been shaping up young Indian talents across the country with his Mahesh Bhupathi Tennis Academy.

Recalling his early playing days, Bhupathi termed his first-ever Grand Slam title as the breakthrough moment of his career. In 1997, playing alongside Japanese Rika Haraki, the Indian made headlines after winning the mixed doubles title at the French Open.