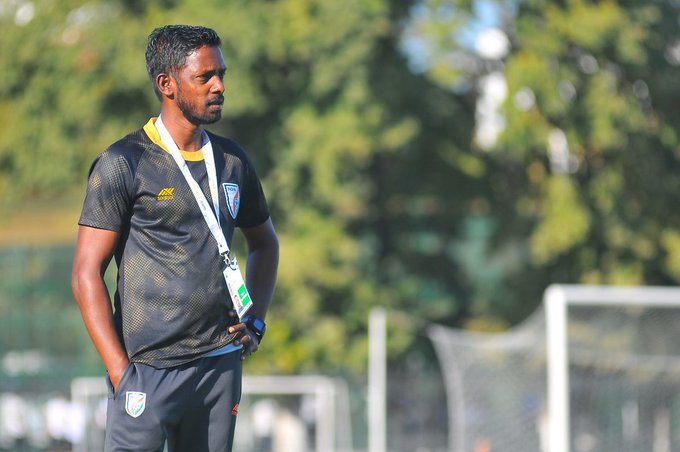 The India U-17 Men’s National Team has done it again! They have qualified for the AFC U-17 Asian Cup for the third consecutive time!

India have previously made it to the finals of the AFC U-17 Asian Cup (formerly known as the AFC U-16 Championship) in 2018 and 2020 under the stewardship of Bibiano Fernandes. The Blue Colts had also secured qualification in 2015 for the 2016 edition of the event, but as the eventual hosts, they were already set to play the tournament.

“I am very thankful to God and all the families back home – the boys’ families, staff families, and everyone in the Indian Football family that supported us throughout,” Fernandes said after the match. “Also a big thank you to the federation and the SAI (Sports Authority of India) for their continued support. Yes, it was a defeat on the night for us, but thankfully, we had done enough in the previous games to put us in a good place.

“The most important thing is that the boys gave their 100 per cent and we managed to qualify on merit,” he continued. “Now we can set about to work on our long term goal – to qualify for the World Cup.”

Championing the cause of the Indian coaches, Fernandes believes that a successful World Cup qualification will be a ‘gamechanger’.

“Qualifying for the U-17 World Cup will bring belief to the players and coaches across India. Everyone working and playing at the grassroots level can believe that we as a nation can qualify for the World Cup on merit,” he said. “As an Indian coach, it would also reinforce the belief that we are close to the World Cup level where Indian coaches can also get the job done. I would give credit to all the Indian coaches back home, who are working so hard.”

The 45-year-old went on to explain that it’s not just him, but the team behind the team that has played a massive role as well.

“It’s not just me, but the entire staff that has worked so hard behind the scenes. My assistant coach Kanan Priolkar has been with us for so long, and has done an excellent job in training the boys,” he said.

“Goalkeeping coach Felix Desouza has worked very hard with the players to get them ready, and I must say our goalkeepers have made some brilliant saves in these qualifiers. And we have the non-technical staff too, who have worked tirelessly to help the team. Everyone deserves the credit.”

Progression through the years as a coach is something that Fernandes and his team has  done very well, and the former India international believes that it is all down to evolving their coaching techniques through various learnings over the years.

“It is about learning and we have learned so much in the previous years through various experiences with other batches. It is all abut learning from mistakes and getting better,” said Fernandes.

The India U-17 Men’s National Team, which has been in camp since February 2022, will now go on a month’s vacation before regrouping to prepare for the AFC U-17 Asian Cup 2023.