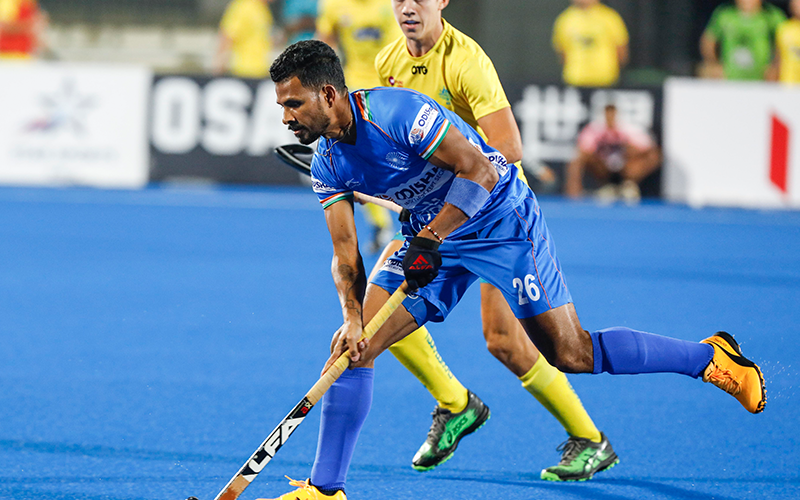 Its no secret that the Indian Men's Hockey Team Chief Coach Graham Reid likes to play aggressive, attacking hockey. While the team has displayed this very intent in their previous FIH Hockey Pro League matches, the Australian also is a big believer that solid defence can win matches and win tournaments, says Birendra Lakra who is one of the most seasoned defenders in the Indian unit.

"Playing aggressive and attacking hockey, pushing for goals and those important circle penetrations is the style of hockey we as a team want to play. Although Chief Coach Graham's training often involves high intensity sessions where he likes to see quality attack, he is also very clear of his expectations from the team's defence," explained Lakra.

He also said, "Graham tells us that a strong line of defence can not only win matches but it can also win us tournaments. In the past, there have been times when we have slipped up in defence in the final moments of the match. But I believe we have improved in this aspect over the past couple of months and Coach often says our defence starts with our forwardline."

Lakra who had missed the 2016 Rio Olympics due to a knee surgery is working towards securing a spot in the team for the Tokyo Olympics. "I may be an experienced defender in the team but I can't take my place for granted. Each one of us have to earn our place in the squad for Tokyo and this means we give our 100 per cent in training and matches. I was very unlucky to miss the Rio Olympics due to injury but this time I am really working hard to play the best hockey for my team." stated a confident Lakra.

The Indian Men's Hockey Team is currently based in SAI, Bengaluru for the National Coaching Camp.