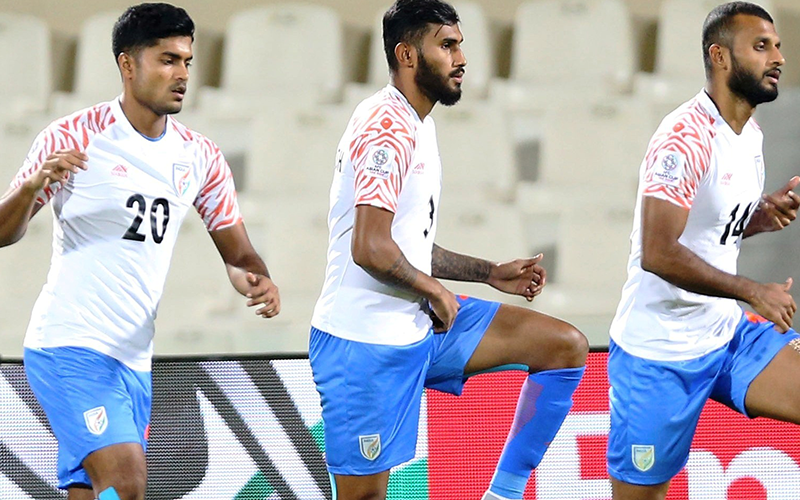 With Covid19 Corona virus creating havoc, several members of the Blue Tigers have come forward to lend a helping hand by contributing for the social cause.

“As an Indian it's my responsibility to lend a hand to the cause in whatever possible manner I can," defender Pritam Kotal, who contributed INR 50,000/- to the West Bengal Chief Minister's fund stated.

But there are others who are trying to help in a different manner -- midfielder Pronoy Halder for example. Halder who wore the captain's armband against Bahrain in the AFC Asian Cup UAE 2019 has taken up the responsibility of providing food to some underprivileged kids who earn their bread on daily basis.

"There are a lot of underprivileged kids at the Barrackpore Mangal Pandey Football Coaching Camp who earn on a daily basis. The situation is a bit difficult now. So I am helping procure food, or food items for them to come out of the crisis," Halder mentioned.

“I know that there are also many who stay around the Barrackpore Railway Station and they are struggling for food. So me along with some of my friends are distributing basic food items to the station-dwellers, and others who stay outside."

In addition, the midfielder has also donated INR 20,000/- to the CM relief fund.

Fellow club mate, Prabir Das, who was summoned by the National Team Head Coach Igor Stimac for the preparatory camp before the FIFA World Cup Qatar 2022 and AFC Asian Cup China 2023 joint qualifiers round 2 match against Qatar on March 26, 2020 has also joined hands.

"We understand that we need to stand together to fight against this. We have tried to make small contributions to the fund initiated by our Chief Minister. Hope we see the light at the end of the tunnel soon," Das, who has contributed INR 50,000/- expressed.

Meanwhile, 'Players for Humanity' - the philanthropic organisation formed by the former players like Mehtab Hossain, Rahim Nabi, Denson Devadas, Sandip Nandy, Debabrata Roy and others along with current players like Pritam Kotal, Pronay Halder, Arindam Bhattacharjee, Prabir Das, Souvik Chakraborty, Debjit Majumder and many more have also initiated talks to stand together and help during this challenging phase.

It was only recently, they, along with Indian Football Association (IFA) and Income Tax Recreation Club, had come forward to organise a charity match at the Mohammedan Sporting ground on February 19, 2020 to help late footballer Radhakrishnan Dhanarajan's family.