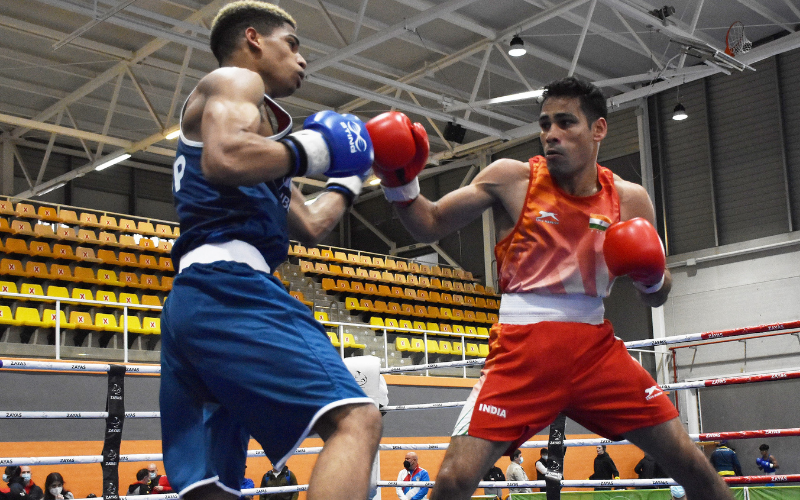 The World Championships bronze medallist Manish Kaushik made an impressive comeback in the ring as he outpunched Spanish opponent Raddouane Ammari 5-0 on opening day of the Boxam International Tournament to enter quarter-finals in the 63kg light welterweight in Castellon, Spain.

Another Indian who was in action on Day 1, Mohammed Husamuddin (57kg) also made his way into the quarter-finals with a comfortable 4-1 scoreline against local boy Juan Manuel Torres.

The 25-year-old Haryana boxer couldn't compete in the ring since Asian Olympic Qualifiers held in March last year due to injuries and is making a return after more than a year's break. He will take on two-time ASBC Asian Boxing Championships silver medallist Kazakhstan boxer Sufiullin Zakir in the last-8 round on Thursday while the Commonwealth Games bronze medallist Hassamuddin will face Italy's Simone Spada. Zakir beat Abdelhaq Nadir of Morocco 3-1 in the preliminary round match.

A 14-member Indian contingent (eight men and six women), including nine Olympic qualified and other top boxers, is taking part at the 35th edition of the tournament where boxers from 17 countries, including top boxing nations like Russia, USA, Italy, Kazakhstan and Spain, are participating.