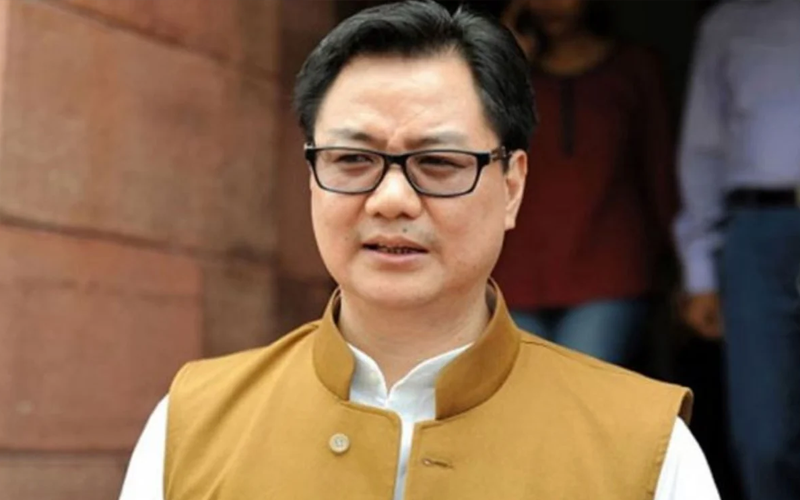 During a highly motivating and encouraging online video interactive session with India's elite boxers, country's Sports Minister Kiren Rijiju on Sunday acknowledged efforts by the athletes and said boxing will play a vital role in making India sporting powerhouse and Top-10 nation in the medals tally at Olympic Games.

Rijiju also heaped praises on the Boxing Federation of India (BFI) and its President Ajay Singh for their efforts to  keep the boxers engaged with online coaching sessions despite COVID-19 pandemic in the country. The online video conference was attended by around 140 elite Indian pugilists along with coaches and officials.

Sports Minister Kiren Rijiju speaks with the players. coaches and BFI officials to take a stock on Olympic Preparedness and way forward.

Indian boxers have already secured a record nine qualification quotas at Tokyo Olympics and will be fighting for four more places in the upcoming qualification tournaments.

Rijiu also informed that the government is planning to allow elite athletes to resume their training at the earliest in order to keep them ready for future competitions. "I have discussions with my officers. We are planning out a way to start functioning as soon as possible. I thought first of all we should allow practice for the players who have qualified for the Olympics and who will be participating in the qualifiers or important championships. We can't open all the coaching centres, so we will allow only for elite athletes. Junior camps have to wait for some time as safety will be priority," he concluded.

Pooja Rani sharing her experience during the interactive session with Sports Minsiter Kiren Rijiju on Sunday.

The initiative, which was done for the first time, received a great response and also motivated boxers and the officials. "I would like to thank our Sports Minister for taking time out from his busy schedule to talk to the boxers. It was quite motivating and morale boosting for everyone. We are all one Team India and we are proud that you are captain of this team.

You keep interacting with us like this, we will make you proud," BFI President Ajay Singh said.

The minister further interacted with the boxers to know their situation during the lockdown and training schedules. "Whatever we have achieved today, credit goes to the coaches, federation and the government. It's really impressive and motivating to interact with you sir (Rijiju). If we keep getting support from the government, we will definitely win Olympic medals, World Championship medals," Asian Games gold medallist Vikas Krishnan said.