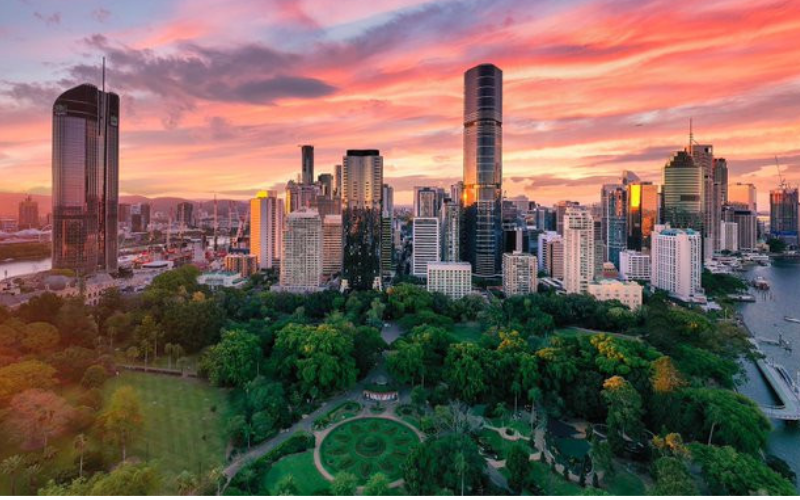 Brisbane is set to be awarded the 2032 Olympic and Paralympic Games next month after clearing the penultimate hurdle in the International Olympic Committee's (IOC) new process for selecting hosts for its flagship event.

The Australian city will almost certainly be formally confirmed as the venue for the 2032 Games by the IOC membership at the Session in Tokyo on July 21 following approval from the IOC Executive Board during its meeting on Thursday..

IOC President Thomas Bach claimed the bid from Brisbane proved "irresistible" for the Future Host Commission and the Executive Board, which recommended it be put forward to the Session.

Bach cited the "great support from the public, and from all levels of Government across the political spectrum" among the main reasons why Brisbane should host the Games in 11 years' time.

While Bach said Brisbane - whose project includes also staging events on the Sunshine Coast and in Gold Coast - "was not there yet", the vote at the Session is likely to be a formality.

The IOC Executive Board installed Brisbane, set to become the third Australian host of the Olympics after Melbourne in 1956 and Sydney in 2000, as its preferred candidate for 2032 in March.

The project took its next step forward in April when Australian Prime Minister Scott Morrison pledged the Federal Government will cover half the costs, adding contributions from state and local Governments.

Australian Olympic Committee President and IOC vice-president John Coates welcomed the endorsement from the Executive Board and claimed July 21 was the country's "date with destiny".

"Frankly, the due diligence undertaken by the IOC’s Future Host Commission far exceeds that to which we were subject with our candidacy for Sydney 2000," Coates said.

"Since entering the targeted dialogue phase in February this year, we have presented the IOC’s Future Host Commission with detailed responses to their questionnaire and held forums where we have addressed the issues, they have raised in relation to the Brisbane proposition."

A joint Olympic infrastructure agency is set to be established for the Games and will be jointly run by the Queensland and Federal Governments.

The agency is expected to evaluate all venues and infrastructure spending.

The city will use 84 per cent existing and temporary venues, the IOC said, while it is claimed the remaining facilities "will be delivered well in advance and irrespective of the Games to meet the needs of a fast-growing population".

Brisbane is in line to become the first city to be awarded an Olympics and Paralympics under the IOC's revamped procedure for choosing Olympic host cities, which sees the Future Host Commission identify and propose hosts to the Executive Board.

The IOC has faced criticism over a lack of transparency in the process which led to the recommendation that Brisbane should stage the 2032 Olympics and Paralympics.

Countries including North and South Korea, Qatar, Germany, India and Indonesia had also expressed an interest in hosting the 2032 Games and had entered into talks with the IOC, but all have been overlooked in favour of the Australian candidacy.

Bach defended the IOC's new approach - which has been criticised by Germany among others - and claimed the organisation "already has a pool of interested parties who want to organise the Games in 2036 or even 2040".

"It has been a very transparent procedure," Bach said.

"It is a proposal in favour of Brisbane and it is a decision in favour to continue the dialogue with the other interested parties.

"The future of the Games looks bright."