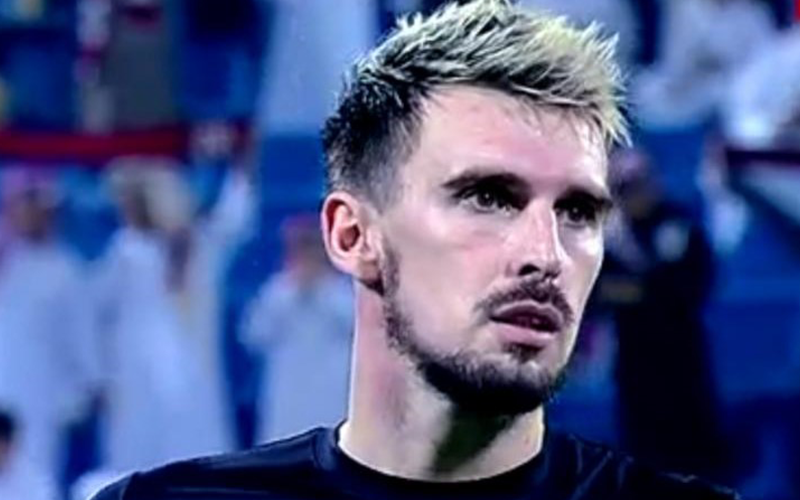 Image Credits: Do you think Chennaiyin will be a force to reckon with this season?

Csaba Laszlo has strengthened his defence with the signing of Bosnian central defender Enes Sipović.

Chennaiyin FC have signed Bosnia and Herzegovina center-back Enes Sipović for the duration of the 2020-21 season. The towering 6’6” defender joins the two-time Indian Super League champions on a free transfer after a stint at . Sipović becomes CFC’s third signing ahead of the upcoming season, following the arrival of Indian full-backs Reagan Singh and Chhuantea Fanai recently.

Sipović, who just turned 30 last week and will be the first Bosnian to feature in the ISL, is excited about playing in India and is looking forward to joining the ranks of new CFC Head Coach Csaba László. “I was instinctive that India will be my next destination. I am very happy to be part of such a beautiful club. I have been following Chennaiyin since its very first season in 2014 under Marco Materazzi, and I am aware that it is a team that has a tremendous fanbase and is incredibly successful. I am already very excited for the new season. It will be a great experience, I am sure,” said a buzzing Sipović from the Bosnian capital city of Sarajevo, his hometown.

“Enes (Sipović) has all the qualities to succeed at CFC and in the ISL. He is an imposing presence in the air with his height and is extremely comfortable with the ball at his feet. I am sure he will strike a great partnership with Eli Sabiá in defence and will be the perfect addition to our squad in terms of guiding our Indian defenders as well. He has experience of playing in Asia, specifically in more extreme conditions like in Saudi Arabia and Qatar, which I am certain will hold him in good stead in India,” said Chennaiyin’s man-in-charge Csaba László on his first foreign recruit since taking charge.

Sipović is a former Bosnia and Herzegovina U-21 international who came through the youth ranks of FK Željezničar in Sarajevo, who have produced the likes of striker Edin Džeko. Sipović then spent six years at Oțelul Galați in Romania, with whom he won the 2010-11 Romanian top-division championship title. Interestingly, Sipović came up against CFC’s skipper from last season Lucian Goian during his time in the Romanian Liga 1.

Following Oțelul, Sipović enjoyed stints in Belgium (K.V.C. Westerlo) and Morocco (Ittihad Tanger & RS Berkane) before a first foray into Asia with Saudi Arabia’s Ohod Club. He then returned for a short spell with his alma mater FK Željezničar before turning out for Umm Salal in Qatar last season.

Yes, stronger and hungrier than ever!