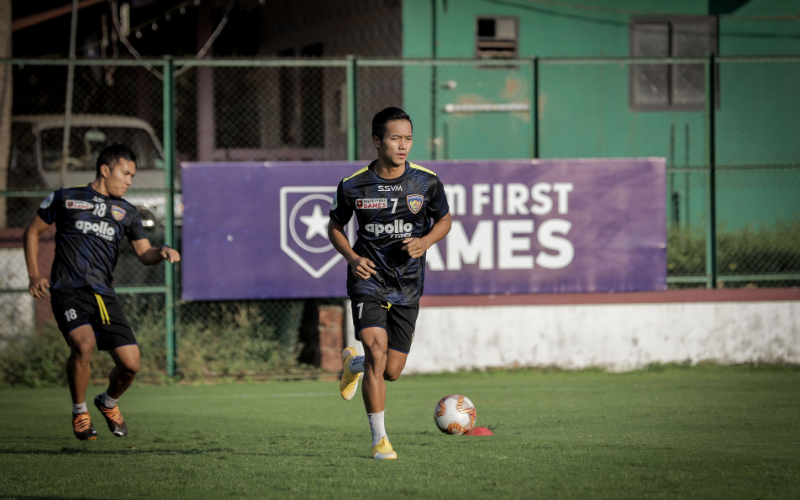 Chennaiyin FC and Hyderabad FC both have opportunities to kick on in their first game of 2021.

Chennaiyin FC and Hyderabad FC head into the new year with hopes of edging onto the top half of the table, when they lock horns in the Hero Indian Super League at the GMC Stadium, Bambolim on Monday.

Both teams would be hoping to bring an end to a common problem plaguing both sides - finishing up top. Surprisingly, Chennaiyin have been one of the most entertaining sides this season, creating plenty of chances while threatening the opposition goal. Csaba Laszlo's men have created 93 chances – joint-most by a team in ISL 7. They have also registered an average of 14.6 shots per game – the most any team has managed so far.

However, their wastefulness in front of goal has let them down time and again. In their eight games so far, they have blanked four times and have the second-worst goal conversion rate, highlighting their goal-scoring struggles.

CFC look to put goal-scoring woes behind them

Striker Jakub Sylvestr and Lallianzuala Chhangte, two players in particular, have been guilty of wasting chances. However, despite their struggles, Laszlo believes it's just a matter of time before their forward line begins firing as his team still needs time to gel together.

"The physical and mental aspects are both important in football. Last season we had someone (Nerijus Valskis) who scored many goals. He is out. In this moment, you put the pressure automatically without knowing the other players, who are trying to. It is not that you can't stabilise this, I just to explain how many components there are after you change many players in the starting eleven. It's a process. some new players come in who have not played in the ISL so the pressure is also there (on them)." He added, "Generally, if you put everything together, I can tell you that this will take a little bit more time."

Just like Chennaiyin, Hyderabad have also scored 7 goals – with only Odisha FC and SC East Bengal scoring less. Defensively, individual errors have also cost them with the Nizams failing to register a clean sheet in their last six games.

"They (Chennaiyin) are a very dangerous team with a lot of good players" said Marquez.

"They have offensive players, They are dangerous in set-pieces because they have very good players, not only tall players like (Enes) Sipovic and Eli Sabia but more players in the box like Sylvestr, (Rahim) Ali, (Deepak) Tangri. Anirudh Thapa is another good player." He added: "I think Chennaiyin and Hyderabad deserve more points than we have on the table," said Marquez.