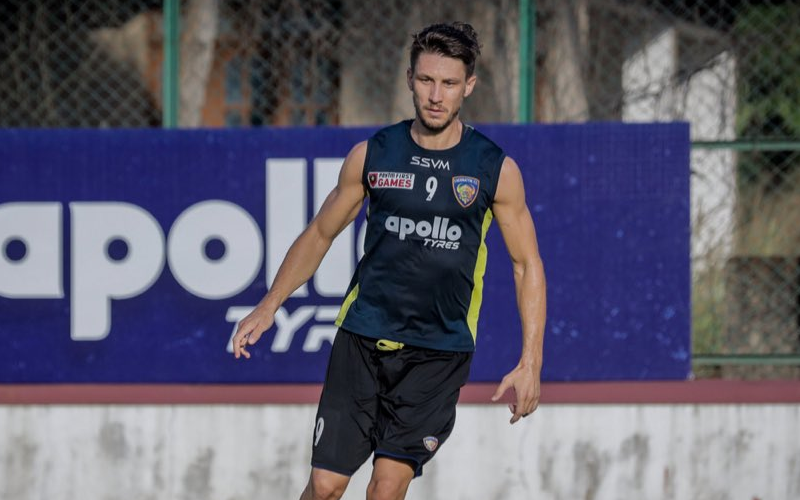 Chennaiyin host SC East Bengal tonight evening in the #HeroISL as they look to find the winning edge after five draws in their last 11 games.

Csaba Laszlo believes a few slices of luck will help his Chennaiyin FC side turn draws into wins as they look to climb the Hero Indian Super League table.

Chennaiyin have lost just one of their last seven matches. That seems quite impressive, but the two-time champs have had five draws in their last 11 games, on par with their opponents SC East Bengal. Only NorthEast United have played more draws this season than the two teams.

Time to Turn Draws Into Wins

Coach Laszlo hoped his team would do better. “We had a lot of draws where we could have won games but I think we will get stronger in the second part of the season and I hope that the team will show not just their fighting spirit but also that we can score more goals and win games," he said.

SCEB’s new signing Bright Enobarkhare has made a huge impact for the Kolkata side, who have managed to crawl their way higher after spending most of the first part of the league at the bottom.

However, the Chennaiyin coach is ready for the challenge which awaits his side tomorrow. “SC East Bengal got some good new players in. They try hard in the offense but I also have some good defensive players. We are strong in the midfield and we are also a team that stays compact. If we stay compact, I think we have enough quality to win the game against SCEB," said Laszlo.

Chennaiyin has had to endure many injuries this season, but the coach sounded optimistic and positive. “We have players waiting to show their talent and the atmosphere and chemistry in the team is good," he said.

Can SCEB push into the top half?

SCEB are unbeaten in their last six games, and coach Robbie Fowler's team is now just five points below the playoffs position.

Fowler believes his side can make it through and said, “There are plenty of positives we can gather. There are a lot of points to play for and we’ll continue to try and get those points. So until it's mathematically impossible, we will go on believing that we can do it,”

“Morale is absolutely fantastic. We are taking baby steps to get to where we believe we should and want to be. We got to keep going and keep doing what we got to do. Let’s not lose games and that’s what we are trying to do,” added Fowler.