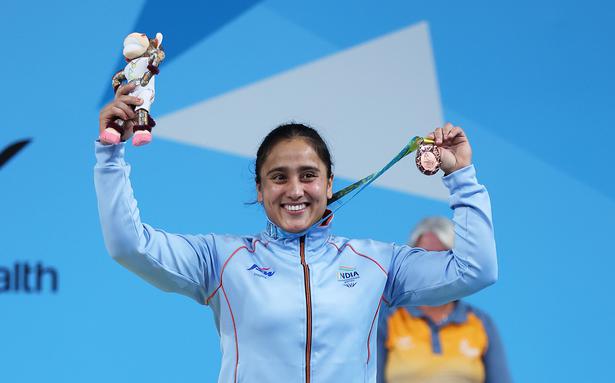 India athletes continued their medal-winning spree at the Commonwealth Games 2022 in Birmingham as judo team and weightlifter Harjinder Kaur securing medals on Day 4. India has so far secured nine medals in COmmonwealth Games 2022 including three gold, three silver and three bronze medals. Here is the recap of the Day 4 results

The Indian mixed doubles team secured their place in the final after beating Singapore 3-0 in the semi-finals. The team will face Malaysia in the final on Tuesday, August 2.

The men's table tennis team continued their fine run in Birmingham Games defeating Nigeria in the semi-final to book a berth in the finals of CWG 2022. The team will look to retain the crown when they take on Singapore in the gold medal match.

The Indian quartet Lovely Choubey, Pinki, Nayanmoni Saikia and Rupa Rani Tirkey entered the final of the Lawn Bowls Women's Fours confirming India's medal in the CWG 2022 event. The Indian team overcame a tough challenge from New Zealand in the semi-finals. India won the contest 16-13 and will next face South Africa in the final on Tuesday, August 2.

The Indian men's hockey team failed to keep hold of the lead and had to share points with England following the 4-4 draw in the men's Pool B match.

Ajay Singh who competed in the 81kg category finished fourth after failing to lift his final clean and jerk attempt of 180kg. Harjinder Kaur added one more medal to the tally by securing bronze in the women's 71kg finals

Pranati Nayak who took part in the women’s vault final finished  5th with a score of  12.699.

Sunayna Sara Kuruvilla defeated Chanithma Srinaly of Sri Lanka 3 -0  in the Women’s Singles quarter-final, while Joshna Chinappa went down to Hollie Naughton of Canada in her quarter-final clash. Sourav Ghosal advanced to the semifinal after beating Gregg Lobban of Scotland  3 -1  in Men’s Singles Quarter-Finals