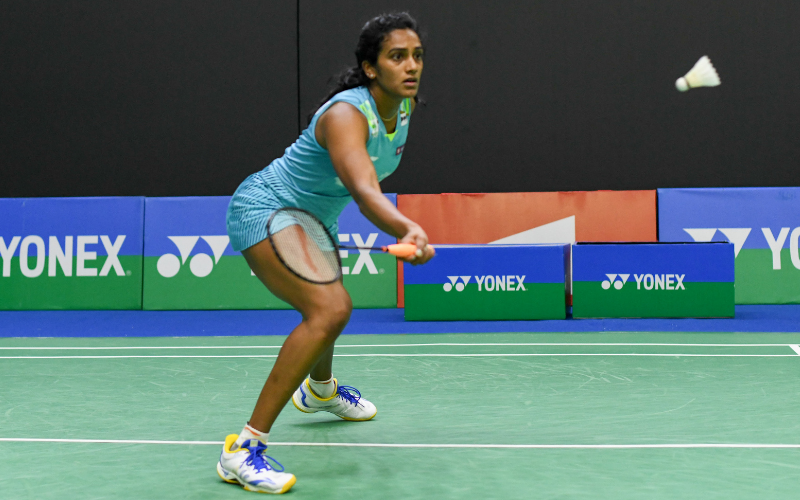 World champion Loh Kean Yew was stretched to three games while home favourites Kidambi Srikanth and PV Sindhu registered convincing victories in the opening round of Yonex-Sunrise India Open, which is part of the HSBC BWF World Tour 500 tournament series, at the KD Jadhav Indoor hall on Tuesday.

Earlier, women's singles top seed PV Sindhu hardly broke any sweat during her 21-5, 21-16 win over compatriot Sri Krishna Priya Kudaravalli in just under half an hour.

Sindhu toyed with Krishna Priya in the opening game. Though she relaxed a bit in the second, the former world champion never needed to hit top gear during the 27-minute encounter.

"First match is always important and I did not take it easy. I went with the flow and finished it off," she said after the match.

In men's singles, Verma threatened to take the match to Srikanth by closing the gap at 9-9 following a slow start. But once the world championships silver medallist stepped on the pedal and began controlling the rallies, the result was a forgone conclusion.

"First rounds are really tough and especially when you are playing a fellow Indian are much tougher," said Srikanth while explaining the time needed to get going in the opening game.

The main attraction of opening day's action was obviously Loh, who is playing his first tournament since clinching the world title. The fifth seed clearly struggled to find his rhythm in the opening game and was seen talking to himself during the initial exchanges to try and push himself.

He never looked in control in that game but suddenly changed gears in the second game and raced to a 10-0 lead before dropping the first point of the game. In the decider, Sheng managed to keep pace with the Singaporean till 6-6 before Loh bagged 10 of the next 12 points to take control of the match.

Loh will face Malayasia's Joo Ven Soong in the second round on Thursday.

Earlier, India's Ashmita Chaliha overcame her own anxiety and a late fightback from her opponent to upset fifth seed Evgeniya Kosetskaya of Russia 24-22, 21-16.

Chaliha began strong, employing her down the line smashes to open up an 11-5 lead in the opening game and looked comfortable against the tall Russian. However, she began making a lot of errors after the break and Kosetsyaka pounced on the opportunity to first level the score at 14-14 and then again fought back from 16-19 to earn her first game point.

But the Guwahati-girl, who had lost to the world No. 28 Russian in their earlier encounter back in 2019, managed to regroup herself in time to force the Russian to make an unforced error and then save two more game points before clinching the game with a smash.

The second game followed a similar trajectory as Chaliha opened up an 11-4 lead only for the Russian to close in to 19-16. However, the Indian was more in control this time around and kept her cool under pressure to finish off the match in 31 minutes.

"I haven't played a lot of matches in the last few years. So, I was nervous and that affected me midway in the opening game. But once I won the first game, I was more confident and so I was relaxed in the second game," she said after the match.

In the day's other matches in the opening session, K Sai Prateekh and Gayatri Gopichand defeated Ishaan Bhatnagar and Tanisha Castro 21-16, 16-21, 21-17 while men's doubles top seeds Mohammad Ahsan and Hendra Setiawan got their campaign off to a winning start by beating Prem Singh Chouhan and Rajesh Verma 21-18, 21-10.

In the women's doubles first round encounter, former junior national champions Ritika Thaker and Simran Singh fought back after losing the opening game to beat Mariia Stoliarenko and Yelyzaveta Zharka of Ukraine 14-21, 22-20, 21-19 to advance to the second round.