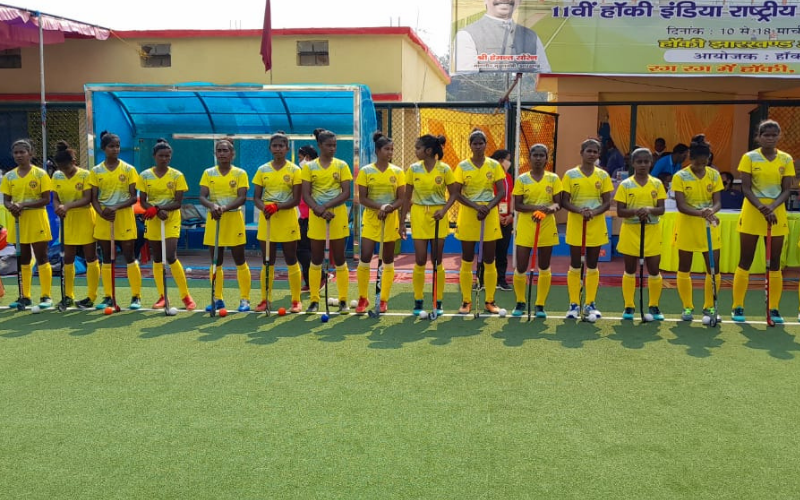 The opening ceremony of the competition, which was attended by Hon'ble Chief Minister of Jharkhand, Shri Hemant Soren and Hockey India President Shri Gyanendro Nigombam alongside various dignitaries of Hockey Jharkhand and other guests.

In the first match of the day, Delhi Hockey eased past Hockey Bengal with a 6-0 win in the Pool G encounter. Muskan (14', 50') put Delhi in the lead towards the end of the first quarter. Subham (19', 38') doubled the lead before Delhi ran rampant in the third quarter with a three-goal burst in the space of just four minutes. Khushi (39') and Kumkum (43') also got on the scoresheet for the Delhi side.

In Pool A, defending champions Hockey Haryana defeated Hockey Rajasthan 30-0. Sakshi Rana was the star of the show with a staggering eight-goal haul. Kanika Siwach grabbed five goals while Tammana Yadav and Sejal scored four each. Ishika ended with three goals. Bhateri and Saavi each bagged two in what was a goal fest. Haryana wasted no time asserting their dominance as they raced to a 6-0 by the end of the first quarter. Their scoring spree continued, registering seven goals each in the second and the third quarter before plundering ten in the fourth. 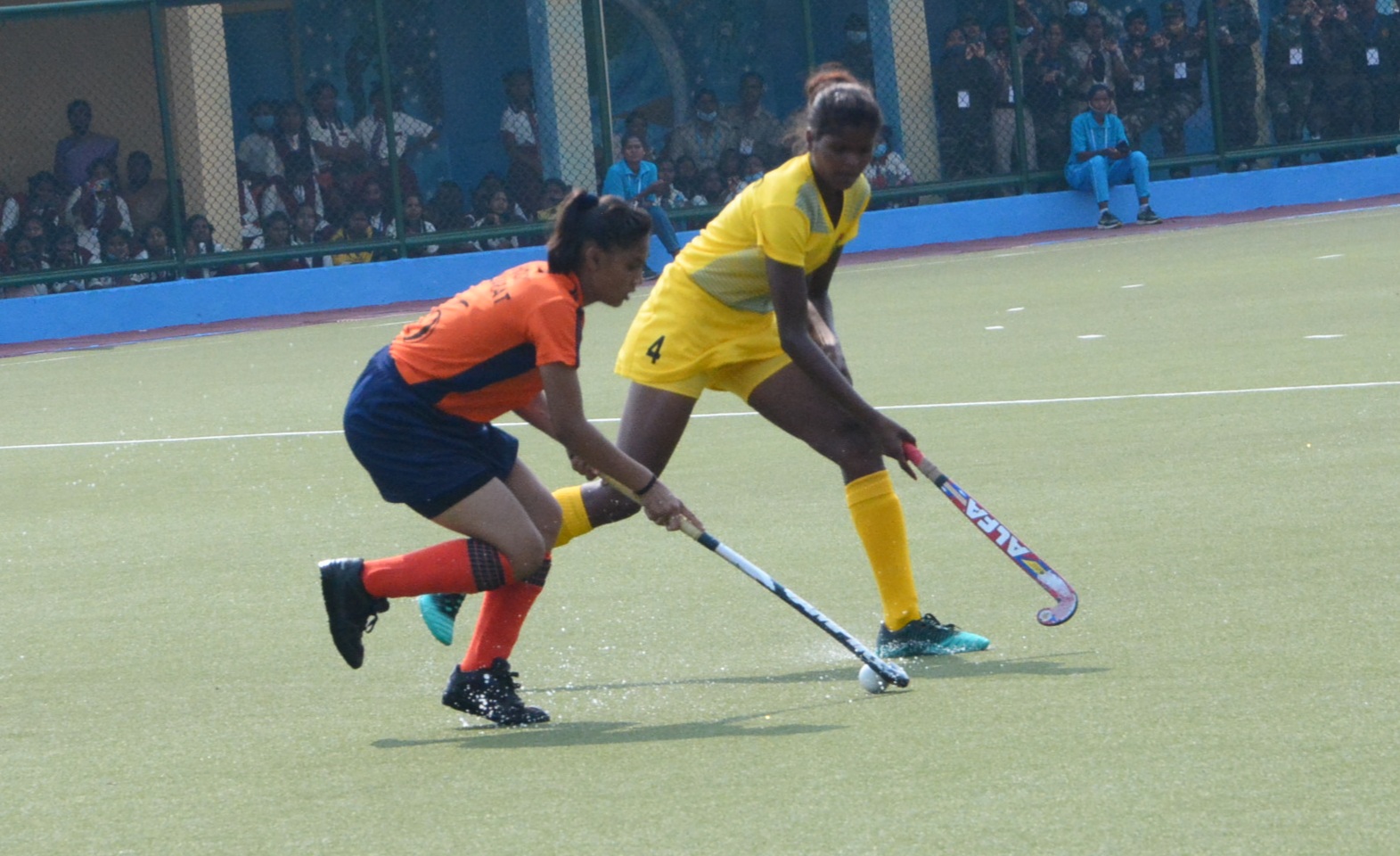 In the final match of the day, Hockey Odisha outclassed Chhattisgarh Hockey by a 6-1 margin. Amisha Ekka (16',26') and Jyoti Xaxa (12, 41') gave their side a 3-0 lead at half-time. Surekha Bahala (45') and Dipika Barwa (47') added to Odisha's goal tally in the second half before Chhattisgarh Hockey pulled one back late in the game through Aksa Parveen (59').

On Monday, other Pool matches between Hockey Andhra Pradesh and Telangana Hockey, and Hockey Unit of Tamil Nadu and Hockey Mizoram were forfeited.