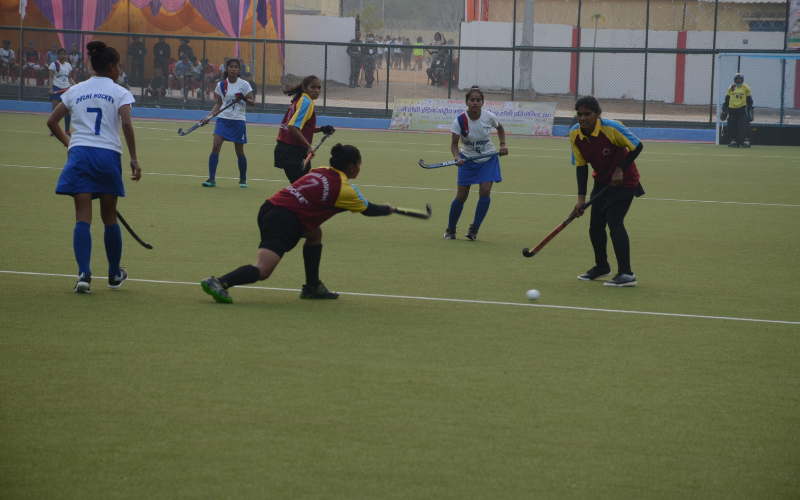 In Pool H, Hockey Unit of Tamil Nadu and Hockey Karnataka played out a hard-fought 1-1 draw. Vairavi (28') gave the Hockey Unit of Tamil Nadu a lead just before half-time. Hockey Karnataka equalised through HA Tushara (39'), who had scored a hat-trick on day one. In Pool D, Hockey Chandigarh beat Kerala Hockey by a narrow 1-0 margin in the third match of the day. Tamanna (14') scored the winner for Hockey Chandigarh.