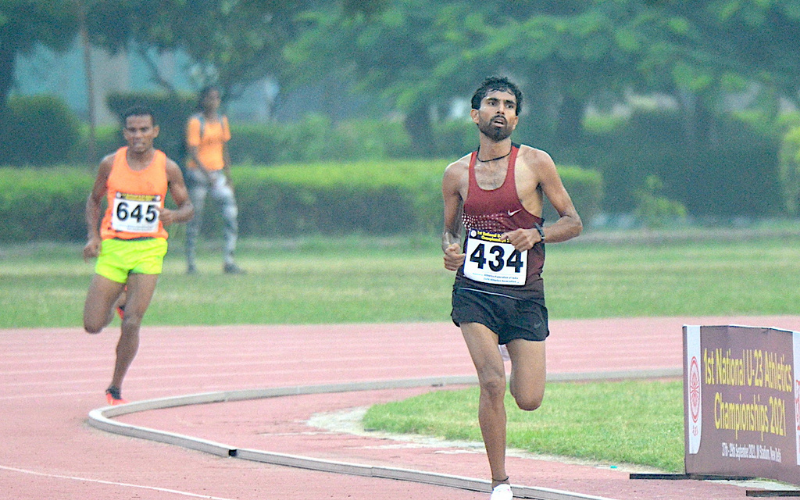 Ajeet Kumar (Gujarat) and KM Deeksha (Madhya Pradesh) trained the spotlight on themselves with spectacular victories in the men and women's 1500m races on the opening day of the inaugural National U23 Athletics Championships at the Jawaharlal Nehru Stadium (warm-up track) on Monday.Ajeet Kumar returned to competition after seven months to start with a fifth place in the 5000m but rustled up a personal best in the men's 1500m, sprinting away in the final lap after being within sniffing distance of Ishu Solanki (Haryana) who led at the bell. Prince Kumar, who won silver in the men's 5000m in the morning, picked up bronze behind Harendra Kumar (Delhi). 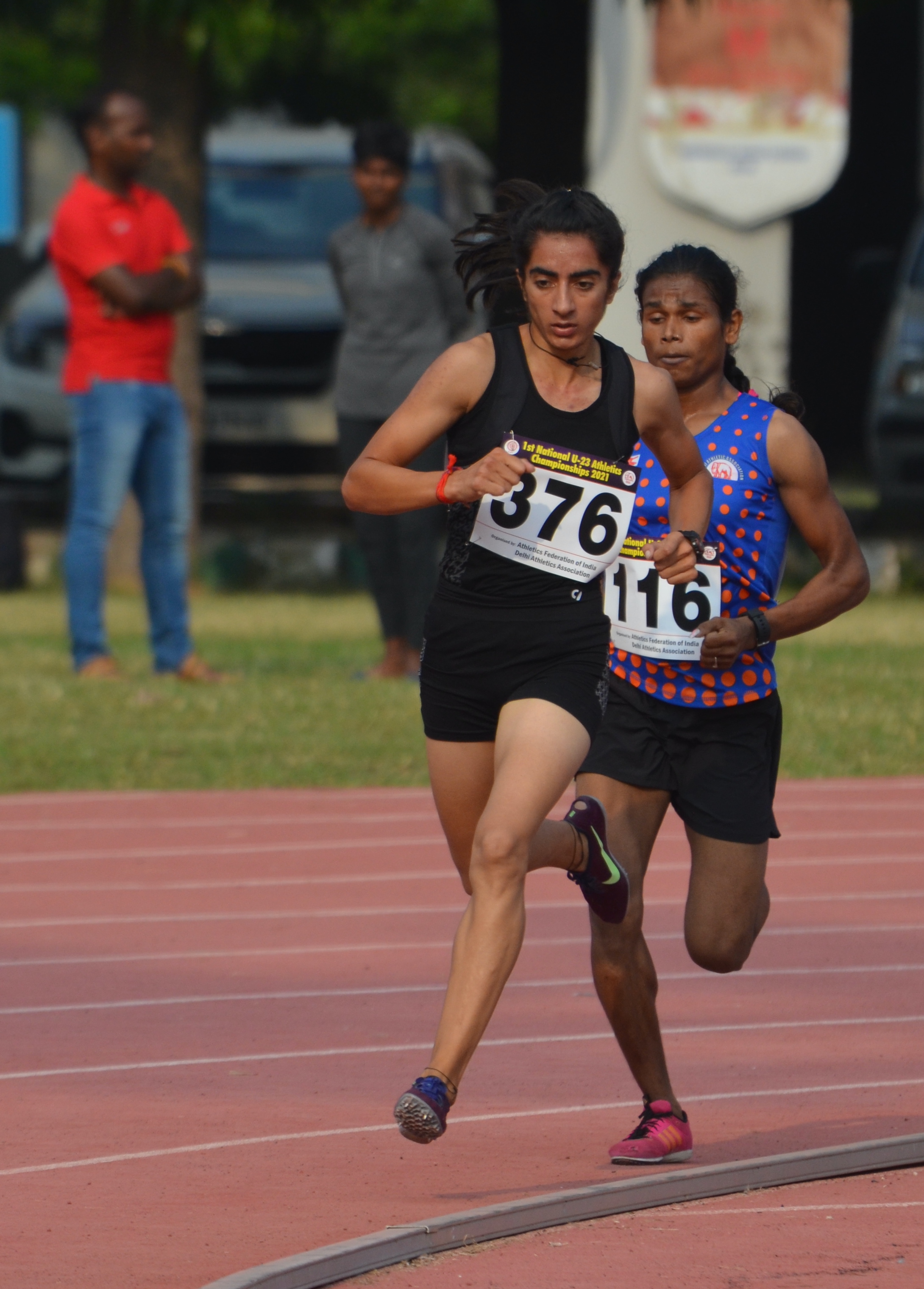 In a battle that focused on which of the middle-distance runners recovered from the rigours of the National Open Championships in Warangal a couple of weeks ago, KM Chanda (Delhi) improved her personal best in the women's 1500m marginally, but KM Deeksha (Madhya Pradesh) chopped more than 7 seconds off her personal best to outrun Chanda in the final lap. 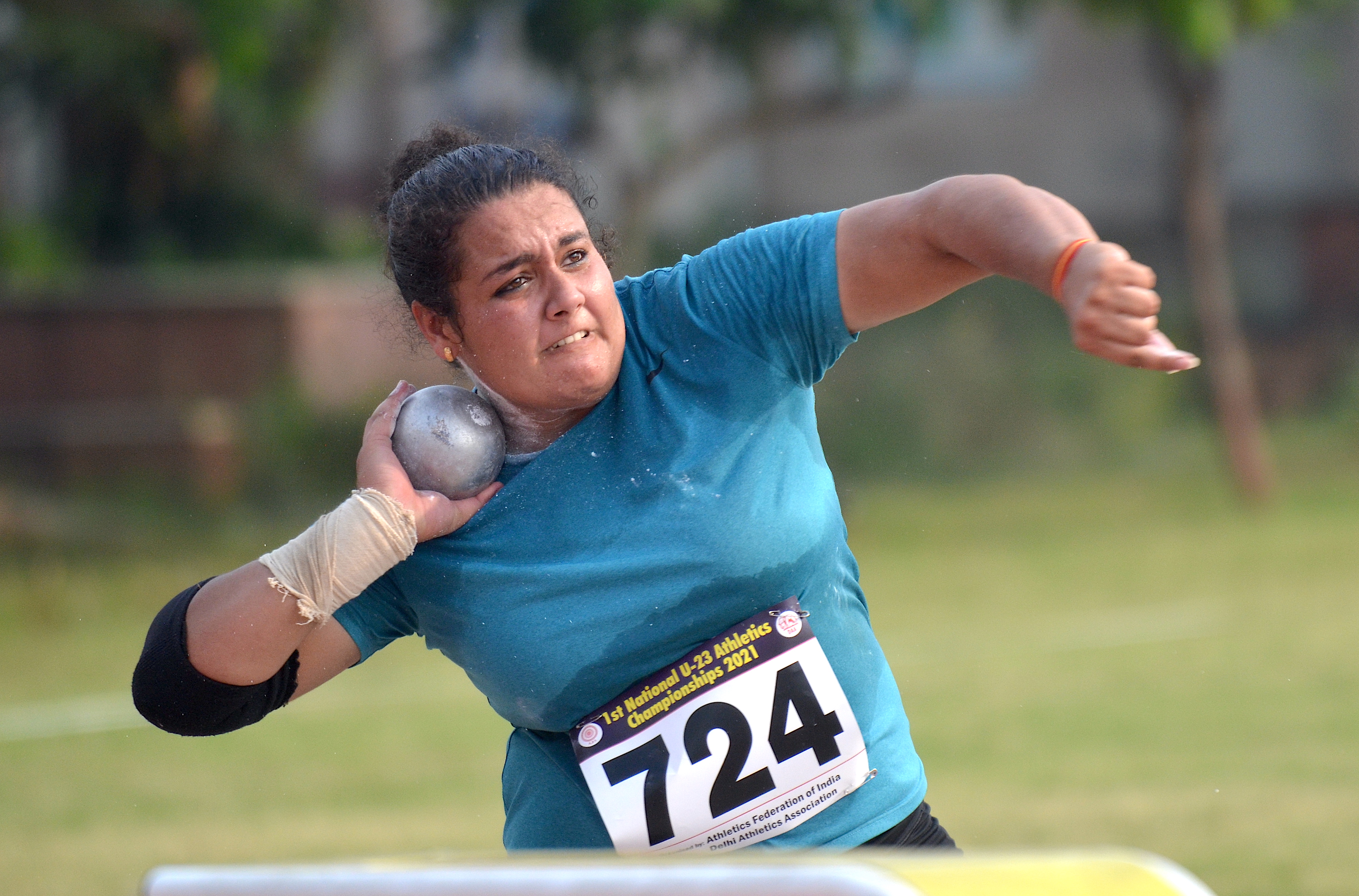 Kiran Baliyan (Uttar Pradesh) who won the women's Shot Put crown in the National Open Championships in Warangal with a 16.99m effort, was an easy winner here with a best of 16.11m. Each of her six efforts were better than the best others managed. Kachnar Chaudhary's last-ditch attempt fetched her silver at 14.71m, half a meter ahead of Karnataka's Ambika.In the morning, Maharashtra's distance runners Adesh Yadav and Komal Chandrakant Jagdale won the men and women's 5000m titles respectively with a measure of comfort but in contrasting styles. Later, Parshant Singh Kanhaiya (Haryana) equalled his personal best of 5.10m to win the men's Pole Vault gold.Haryana lads Ayush Dabas (47.31 seconds) and Vikrant Panchal (47.42) won their respective semifinals but Tamil Nadu's Surendar Selvamani (47.38), running his first event at the National level in more than 20 months, came up with a personal best time to raise expectations of offering the two Haryana quarter-milers a keen battle in the final. 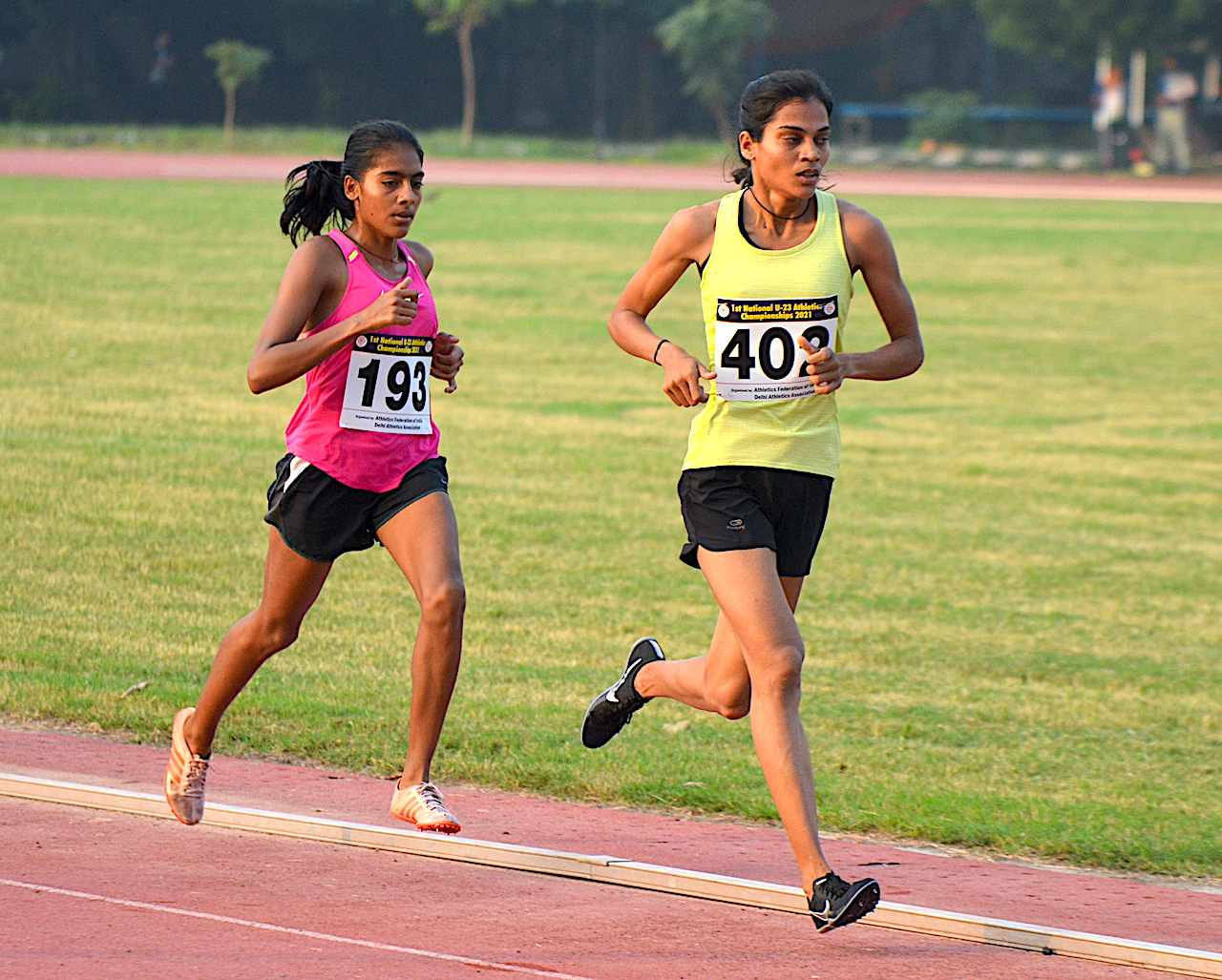