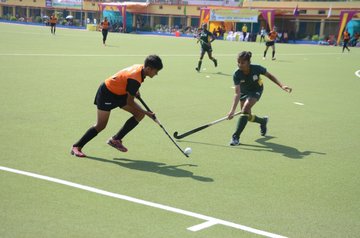 Day five at the 11th Hockey India Junior Women National Championship 2021 saw some intensely fought matches as teams vied to book their place in the quarter finals on Sunday.

All the matches are being streamed live on watch.hockey and the Jharkhand State Government official you tube channel.