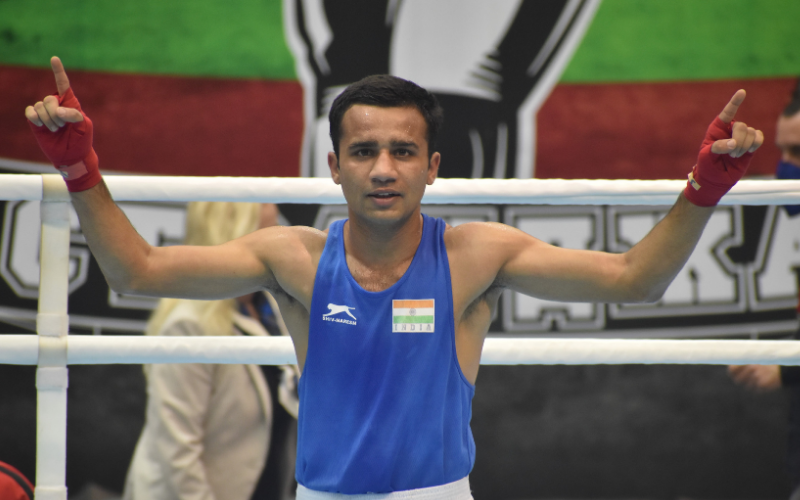 Indian boxer Deepak Kumar continued his sensational run at the 72nd Strandja Memorial Tournament as he stormed into the men's 52kg semi-finals with a dominating 5-0 win against local boy Darislav Vasilev on fourth day in Sofia, Bulgaria.

The Asian Championship silver medallist Deepak looked in complete control throughout the match. Deepak was swift in his movement inside the ring and his speedy footwork did not allow his Bulgarian opponent any chance to score. With this win, Deepak became second Indian after Naveen Boora (69kg) to seal a spot in the semi-finals in the on-going tournament and also assured second medal for country.

Both the Indians will play Uzbekistan boxers in their respective last-4 clash on Friday night. While Deepak will face a strong challenge from Rio Olympic champion Shakhobidin Zoirov, Boora will be up against Asian Games gold medallist Bobo-Usmon Baturov.