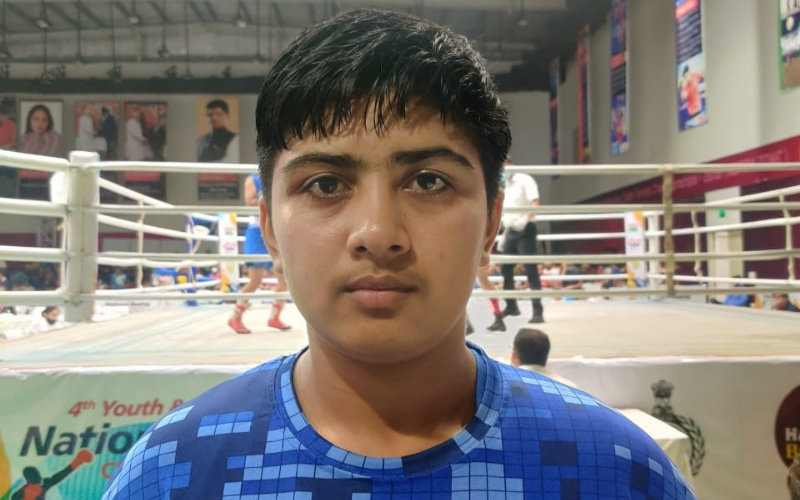 Haryana boxer Deepika defeated the reigning Youth World Champion Alfiya Pathan to cause a major upset at the 4th Youth Men's and Women's National Championships at Delhi Public School (DPS) in Sonipat.Playing in the heavyweight +81kg women's quarter-finals, Deepika produced a splendid show against the strong medal contender Maharashtra's Alfiya to secure a 4-1 victory in an intense battle, which saw both the boxers giving hard time to each other, played late on Monday. The 2019 Junior Nationals bronze medallist Deepika will now take on Chandigarh's Mehak Mor in the semi-finals. Mehak outpunched Rajasthan's Rishika 5-0 in the quarter-finals match.  On the other hand, 2021 Youth World Championships gold medallist Gitika and bronze medallist Bishwamitra Chongtham continued their winning run in the tournament and progressed into the last-8 stage on Tuesday. Haryana's Gitika registered a convincing 5-0 victory against Rajasthan's Yamini Kanwar in women's 48 kg pre-quarterfinals bout, while in the men's 51kg, Services Sports Control Board's Bishwamitra notched up a commanding victory against Madhya Pradesh's Shubham Sahu with Referee Stopping Contest (RSC) in the second round of the match.With the presence of 479 boxers from across the country, the fourth edition of the Youth Men's and Women's National championships is the first domestic boxing event taking place in India after more than a year break due to Covid-19 pandemic. The on-going Youth event will be followed by the third edition of Junior Boys National Championships and the fourth edition of Junior Girls National Championships which are scheduled from July 26 to 31.The Youth and Junior National Championships provide a good opportunity for boxers to showcase their skills as the top performers will be selected for the 2021 ASBC Youth & Junior Boxing Championships which is slated to take place in Dubai from August 17-31.