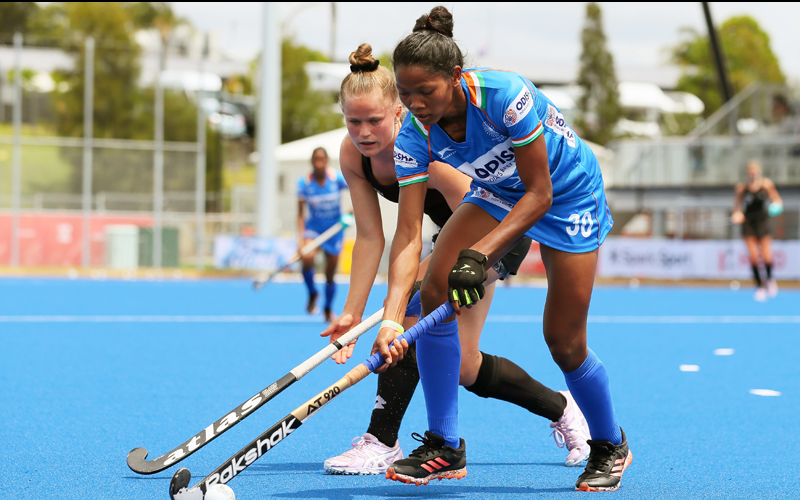 The Indian Women's Hockey Team Defender Salima Tete, who was part of India's triumphant campaign at the FIH Women's Series Finals Hiroshima 2019 and FIH Hockey Olympic Qualifiers 2019, expressed that she is very determined to be a consistent performer for the national side in the next few years. The 18-year-old added that 2019 is certainly going to be the most important year of her career.

"2019 will remain the most important years for me. I became a regular member of the Indian side last year and I was very fortunate to be part of key victories at the FIH Women's Series Finals Hiroshima 2019 and FIH Hockey Olympic Qualifiers 2019. I am very determined to keep improving my game and be a consistent performer for the national side in the next few years. I feel consistency is very important for any athlete and it's my biggest priority," said Tete.

While speaking about Olympic preparations, Tete said that the Indian team players are on the right track.

"We are extremely happy to be carrying out sports activities. Preparation is very important for any tournament and we want to be well prepared for the Olympics especially. We are very grateful for the efforts put in by Hockey India and SAI. We couldn't have begun our preparations if Hockey India and SAI didn't put all the procedures in place brilliantly. The team is shaping up very well at the moment and we are on the right track as far as our preparation for the Olympics is concerned," said the Defender.

Tete added that she is very fortunate to be playing alongside senior players such as Deep Grace Ekka and Gurjit Kaur.

"It's the best time to be a youngster in the Indian team. There are so many experienced players who are always there to guide and help us with our games. I am very fortunate to be playing with Deep Grace Ekka and Gurjit Kaur. I have learned a lot from them and I am certain that there's so much more left to learn as well," said Tete.