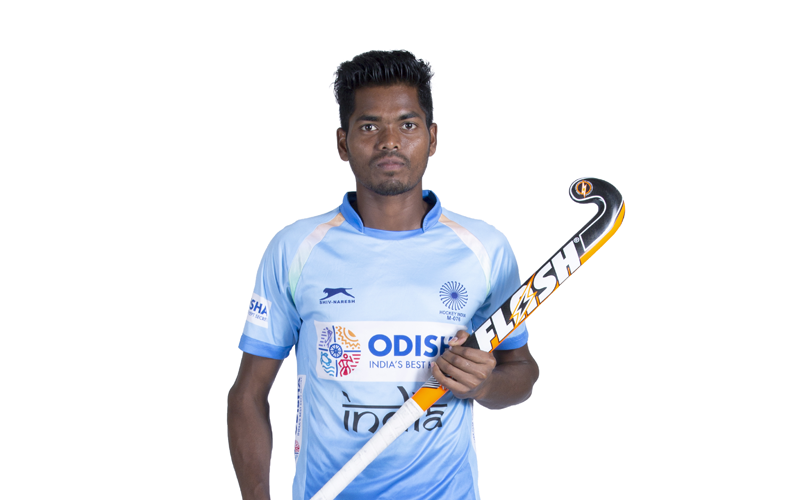 The Indian Men's Hockey Team Defender Nilam Sanjeep Xess, who has played 14 matches for the national team, expressed that he is determined to cement a regular spot in the national side once the Indian team starts competing in the international circuit. Xess said that he has singled out a few techniques that he needs to work on and has been honing his skills with each sports activities session.

"It's been a little rocky start to my international career. My last tournament for India was the Olympic Test Event in August 2019. However, I have continued to work hard on my game in various National Coaching Camps since the competition. I have singled out a few techniques that I need to work on and hopefully, I will improve as a player. I am very determined to raise my game to a level with which I can cement a regular spot in the Indian team. That is my immediate target at the moment," said Xess.

The Defender added that he is very fortunate to be in a National Coaching Camp with players such as Harmanpreet Singh and Rupinder Pal Singh.

"I am very lucky to be practicing hockey with players such as Harmanpreet and Rupinder. They are very inspiring athletes and I have learned a lot from them. They have been terrific Defenders for India in the last few years and I hope they continue to help India win many more matches in the future. Hopefully, I will be as good as them one day. We have a terrific balance in the defence unit, which is very valuable for the entire team," said the 21-year-old.

When asked about his biggest dreams, Xess said that winning an Olympic medal is the ultimate achievement for any sportsperson.

"My biggest dream is to win an Olympic medal. It's the biggest achievement for any sportsperson. If I make it to the Indian Olympic team next year, it will certainly be a dream come true for me. Our team has grown from strength to strength in the last few years and all the hard work is paying off. Hockey India's support and guidance have immensely helped us to become a better team as well. Hopefully, the Indian team will make history in Tokyo next year," said the Defender.