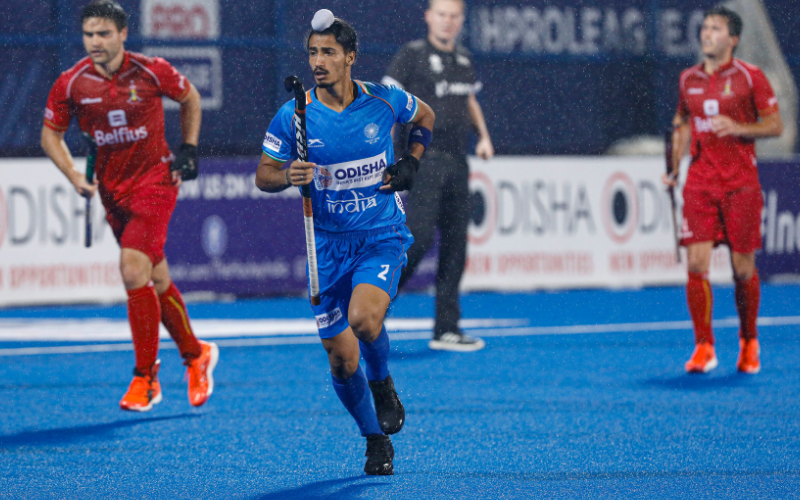 Indian hockey forward Dilpreet Singh, who has been training at the Sports Authority of India (SAI), Centre in Bangalore as part of the Men's Senior Core Probable Group, is eyeing to make the cut in the final 16 who will represent India at the prestigious Tokyo Olympics, slated to begin in July. The 21-year-old striker expressed that due to lack of major competitions in the pandemic-affected 2020, he's taking each training session as an opportunity to make a strong case for a spot in the Olympics squad.

"We don't want to be worrying about factors that are not in our control. I don't want to wait until I get an opportunity to play a match for India to make a strong case for myself but make the most of the opportunity I am getting here at the camp to showcase my skills and prove my worth. We are giving 100 per cent in each and every training session," said Dilpreet.

Speaking about his improvement and getting a chance to train again with senior players in the camp, the young gun added, "I have been working on my technical game. I have improved on my finishing. Watching senior players play and spending time with them, helps younger players gain confidence and of course, improve our game. We ask senior players for tips and guidance, and they have been helpful to us throughout."

Dilpreet, who was a part of the Silver Medal winning and Bronze Medal winning teams at the Hockey Champions Trophy Breda 2018 and the Asian Games 2018 respectively, returned to the junior core group after the 2018 World Cup.

Speaking about the omission, the Amritsar lad expressed, "I was quite upset with myself because I have been a part of almost all the major tournaments, and I was eager to feature in the Olympics as well. But, omission from the senior core group hit me hard and made me realise I had thrown away the golden opportunity and had to work harder."

However a year later after performing well in the junior core probables, Dilpreet was called back for the FIH Pro League tie against World Champions Belgium.

"I started from scratch. I trained really hard in the Junior camp to at least make a place in the senior team. I used to shadow each, and every drill done by the senior team. I was in constant touch with senior players for that, I asked them for guidance, and finally in 2020, I was back in the core group for the FIH Hockey Pro League. Postponement of the Olympics gave players like myself an opportunity to improve and make the most out of the situation. Team selection is not in my hands, I am focused on giving my 100 per cent on the field and improve day-by-day," he signed off.