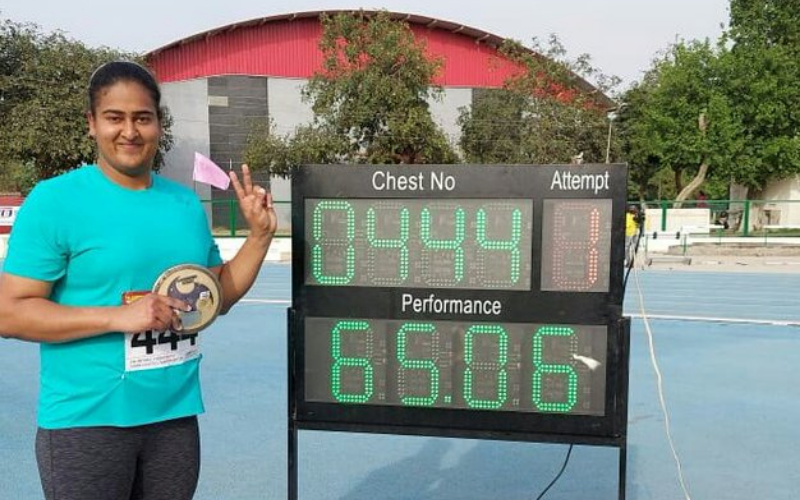 Discus thrower Kamalpreet Kaur became the latest name to be added in the list of Tokyo-bound athletes from India with a throw of 65.06 metres at the National Institute of Sports (NIS), Patiala on Friday.

Competing against former Asian Games gold medallist Seema Punia, the 25-year-old Kamalpreet hit the ground running with a 65.06 metres throw in her first attempt to book her Tokyo 2020 berth.

The Olympic cut for discus throw was 63.50 meters, which Kamalpreet crossed comfortably, securing her berth for the Olympics starting in July.

This performance, the fourth-best in the world this year, also helped Kamalpreet break the existing national record of 64.76 metres that was set by Krishna Poonia in 2012.

Seema Punia, meanwhile, took the silver with 62.64 metres while Delhi’s Sonal Goyal won the bronze with a 52.11 metres throw.