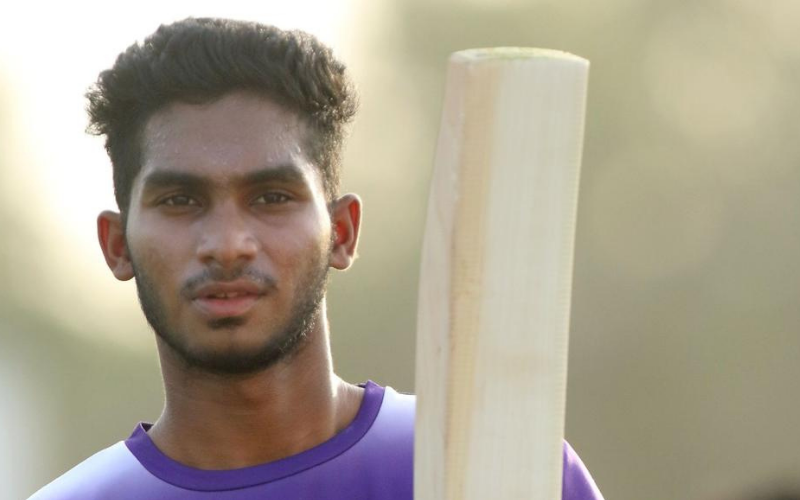 Manimaran Siddharth and Ripal Patel were acquired by Delhi Capitals at their base price of Rs 20 lakh in the VIVO IPL Auction on 18 February 2021.

The Delhi Capitals picked up two exciting young talents in Manimaran Siddharth and Ripal Patel in the VIVO IPL Auction on 18 February 2021. Manimaran Siddharth, who plays for Tamil Nadu in domestic cricket, had a fabulous Syed Mushtaq Ali Trophy 2021 final against Baroda, where he returned with figures of 4/20 to help his team register a seven-wicket victory. The slow left-arm orthodox bowler has taken 16 wickets in six matches at an average of 6.81 in his T20 career. Gujarat's Ripal Patel, meanwhile, put up a decent performance in the Syed Mushtaq Ali Trophy 2021, scoring 145 runs in five matches. The right-hand batsman has scored 191 runs in 11 matches in his T20 career so far.

Siddharth, who made his T20 debut for Tamil Nadu in 2019, expressed that he is eager to play under Captain Shreyas Iyer and Coach Ricky Ponting, "The Delhi Capitals has been a really good team. DC were the runners-up last season. Most of the players in the squad play for their respective international teams. I think it'll be a very good opportunity for me to learn from great players and I am really eager to play under Shreyas Iyer and Coach Ricky Ponting." When asked about how he got to know that he was acquired by the Delhi Capitals, Siddharth said, "I was expecting to be picked in the IPL Auction, but I was really nervous, so I didn't watch it. A couple of players told me after my Vijay Hazare match that day that DC had picked me, and I was elated."

The Tamil Nadu bowler's tryst with cricket began when he used to watch his father Manimaran play the game. Siddharth's father played for Indonesia in the Hong Kong Super Sixes. "A month after being born in Chennai, I moved to Indonesia because my father was working there. I was in Indonesia for the first nine years of my life. My father used to play for the Indonesian team and played in the Hong Kong Super Sixes. That's how I developed an interest in cricket. When I started playing, I couldn't bowl properly because I couldn't bowl with a straight arm. Then my brother Bharat helped me to bowl with a straight arm. So, I am thankful to my family for all their support" said the 22-year-old.

Meanwhile, Gujarat's Ripal Patel said he is looking forward to the net sessions once the Delhi Capitals team assembles. "There will be so much to learn. I really want to learn from Shikhar Dhawan how he manages to keep a smile on his face no matter how tough the situation is. However much he may have scored, he seems to be at ease and not put pressure on himself. That's something I want to learn."

Fellow-Gujarati and now Delhi Capitals teammate Axar Patel has had a tremendous contribution in the youngster's career. "I didn't do very well in the 2019 Vijay Hazare trophy, and was disappointed. I spent the next year working hard on my game, and Axar bhai was always around to encourage me, helping me with my game and workouts. It helped me gain confidence, and form just in time for the 2021 domestic season. I am grateful to Axar bhai for his unending support, he was delighted to know that DC had picked me up."