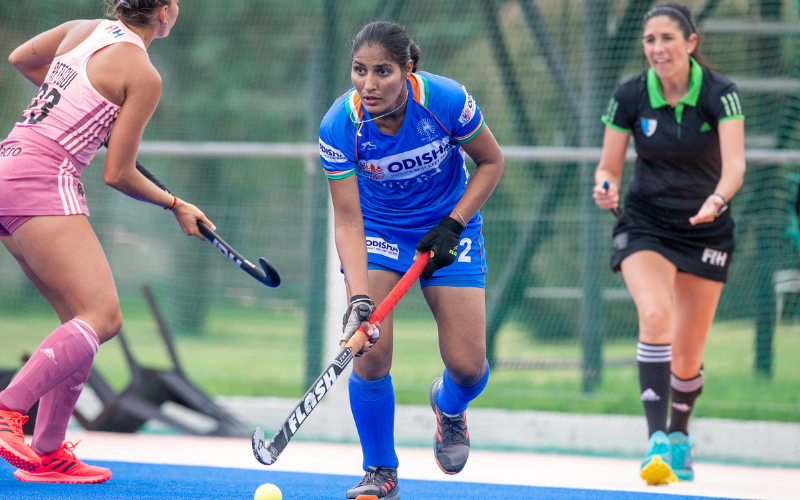 Gurjit Kaur: 'Facing Argentina has helped us in our preparations for Olympics'

The experienced drag-flicker reflects on lessons from the Argentina tour.

Indian Women's Hockey team defender Gurjit Kaur reflected on her team's recent tour of Argentina, their first assignment in a year, which concluded earlier this month. Despite not registering a win on the tour, the Rani-led Indians went toe-to-toe against the world no 2 side. Gurjit thinks the hard-fought series made her a better player.

"It felt great to be back on the field after one whole year. I am happy with my performances too, having faced a top side," Gurjit said. "We competed well against them. If you compare our performances over the last three-four years, the team has vastly improved, and that bodes well for us going into future tournaments," she added.

Getting used to the rigours of bubble life comes with its own set of challenges. The 25-year-old thanked Hockey India and Sports Authority of India for helping the players acclimatize to their new environment.

"Of course, it was tough to get back to a competitive arena during the early part of the tour. But, I feel, as a team we adapted quickly. It is only natural to feel a little rusty when you are away from a competitive environment or so long," Gurjit said. "Life inside the bubble wasn't easy but thanks to SAI and Hockey India, all the arrangements were in place."

The Indian team were defeated 2-3 and 0-2 by the senior Argentina side. However, the visitors ended on a happy note, drawing 1-1 against Las Leonas in the final game of the tour. Rani and Co also faced Argentina's junior and B teams.

Gurjit is now looking ahead as the clock ticks down towards the 2021 Olympics. "Personally, I am satisfied with my performances. I will be sitting down with my Coaches to assess areas where I can still improve," she said.

"With the Olympics coming up, this was a good test for us. We are preparing well for Tokyo and will continue to get better," Gurjit signed off.