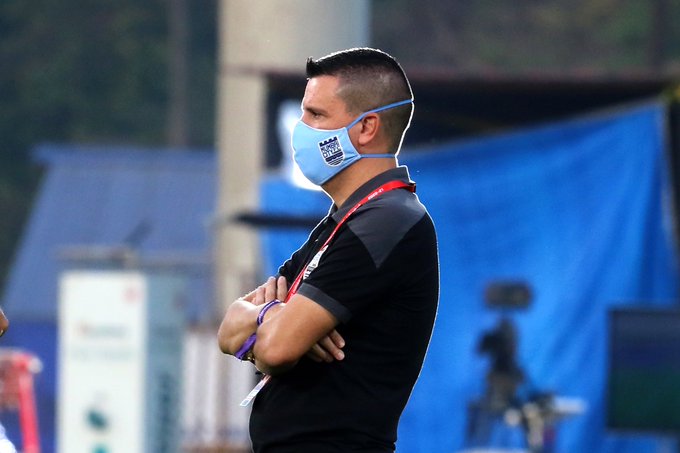 Two teams that dominate most of the statistics in the Hero Indian Super League will go head-to-head when Mumbai City FC take on FC Goa at the GMC Stadium in Bambolim on Monday.

Mumbai and Goa are first and second in most metrics, except on the table where the latter lie third, a full eleven points behind. Sergio Lobera has once again got his team to hog the ball throughout the season, an aspect at which he has only been bettered by Juan Ferrando, the man who replaced him as Goa coach. Goa's 59 percent possession and 489 passes per game are the highest such numbers in the league with Mumbai's 56 percent possession and 486 passes per game come a close second. Mumbai has the best passing accuracy in the league (75.71%) while Goa comes in second with 74.04%.

The first game between these two teams was heavily hyped with Lobera taking on his former team, but it did not quite live up to his billing with Goa's Redeem Tlang receiving an early red card and tipping the scales in Mumbai's favour. Both teams will be eager to prove a point as they go head-to-head again.

For Mumbai, a win is necessary to keep top spot with ATK Mohun Bagan now just three points behind. But with Goa unbeaten in eight games, he knows that is easier said than done. "We are playing against a very good team," said Lobera. "They are playing under pressure because they need to reach the playoffs and now, there are more teams competing to achieve this target. We are thinking about ourselves, trying to improve a few things. As always, it's important to know some details about the opponent."

"But the most important thing for me as a coach is if my team play 100%, I am very confident and positive that we'll get the three points tomorrow," he added.

Goa find themselves in the midst of a set of teams vying for the final two playoff slots. Ferrando knows that any slip-up at this stage will cost his team dear. But he refused to concede that it would be his team who'd be under more pressure. "For Goa, we have pressure on us every game because we want to improve and get three points every game," he said. "Maybe Mumbai have more pressure because of their budget, their team it's supposed to be ready to win the championship. The most important us is to improve, play good, prepare a good plan (against our opponents) and get the three points."

Although Mumbai is the top-scoring team this season, Goa's Igor Angulo's goal last week took his tally to 10 for the season, and up against him will be the current leader for the Golden Glove award in Amrinder Singh. Mumbai City, who have accumulated the most yellow cards this season, will have everyone in the squad eligible to be picked, much to the content of Lobera, who has vowed to work on the disciplinary aspect.