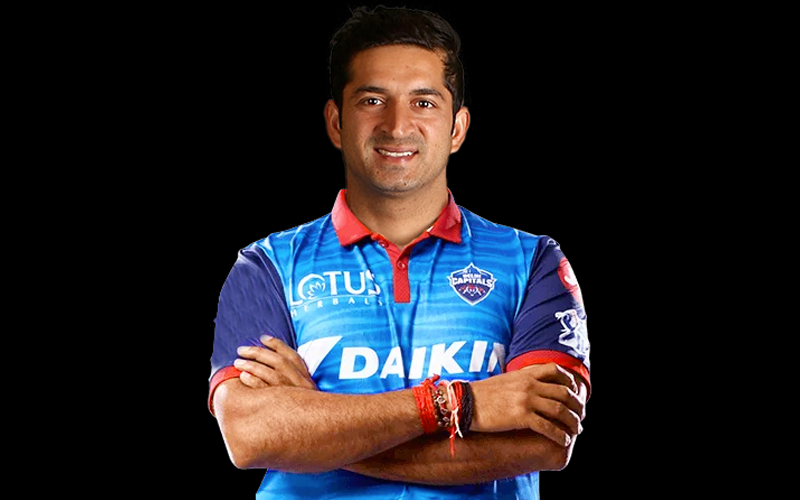 Indian right-arm medium-fast bowler Mohit Sharma believes that he along with his teammates can hand Delhi Capitals their maiden IPL trophy whenever the season is held.

“I think it is a huge opportunity for our team. We have a fantastic group of players with a very strong Indian core, and I believe our team has the right players in all departments who can help us in challenging for the trophy. So I feel our fans can expect huge things from the team,” said the 31-year-old pace during an Instagram LIVE session with the franchise’s official handle.

Battling the restrictions posed by the COVID-19 pandemic, Sharma said he is trying to follow a fitness routine. “I think cricketers have such hectic calendars now, and the travel schedules are such that this kind of an extended break is almost unbelievable. But staying in is the need of the hour, and even though I truly miss cricket, there is not much you can do apart from maintaining your fitness. I ensure that I’m training for five days in a week and try to focus on recovery in the other two days. It is really important to maintain a good routine,” he said.

“I’ve also been out of the game for 8-10 months due to a back injury that I had sustained. It was an injury that was constantly troubling me for the past two years, so I finally decided to get myself operated, and after completing the rehab in the past three months, I was really looking forward to playing for the Delhi Capitals this season,” he added.

Winner of the IPL Purple Cap in 2014, Sharma recalled the moment he became a Delhi Capitals’ player. “I was at the NCA in Bengaluru when the IPL Auctions were taking place. I wasn’t even sure if I would be able to play the IPL this season because of the surgery, and almost all franchises knew I wasn't that fit. However, it was the Delhi Capitals who picked me up in the second round, and it felt really good. I realized this was my opportunity and I couldn’t wait to be back on the field, and perform for the franchise that showed faith in me. I decided to come to Delhi to do some sessions with our Head Talent Scout, Vijay Dahiya, before the start of the season. I wanted to ensure I was 100% ready by the time we had to report for the team’s final camp, but we ended up with this lockdown situation eventually.”

“However, I’m still as excited to represent the franchise. I feel it’s a young team with a solid Indian core, and I know most of the players here - like Shikhar Dhawan, Ishant Sharma, Amit Mishra, Harshal Patel - both on and off the field very well. It would also be a golden opportunity to work and learn from Ricky Ponting - all the players only have praises for him. I hope the team does exceedingly well when the IPL happens, and we can give the Delhi fans great joy,” Sharma added.

The experienced pacer was also asked questions about legalized ball tampering, to which Sharma replied with, “It will be interesting to see what decision is made. Every bowler has their personal choices in this matter. I don’t use a lot of saliva for shining the ball, in fact, these days umpires don’t let bowlers use too much saliva. I would be okay with using sweat as well to shine the ball.”

Asked what it felt like to play under MS Dhoni, the pacer from Haryana said he feels lucky to have played under the Indian legend. “I feel blessed that I got to play almost 70-80% of my cricket under MS Dhoni, whether it was for India or for CSK,” Sharma said. “His humility and sense of gratitude is what sets him apart from other players I have played with. In sport, there’s a difference between a captain and a leader – I believe he’s a true leader. When the team wins, you’ll never find him anywhere prominently, but when the team loses, he’s always right in front, taking responsibility – that’s the sign of a leader and why I admire him so much.”