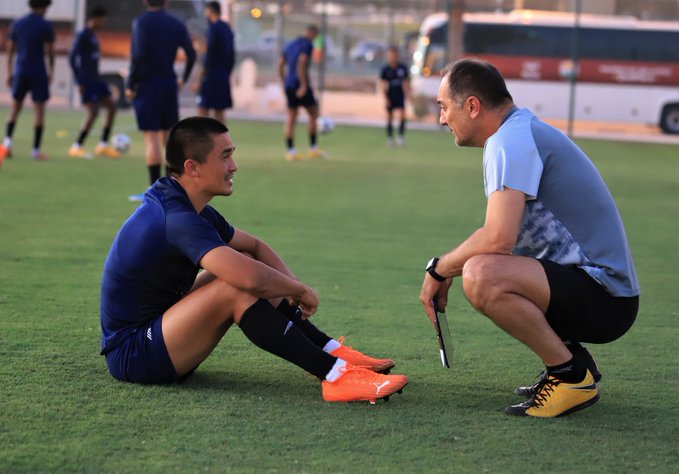 India will aim for nothing less than a win when they take on arch-rivals Bangladesh in the ongoing 2022 World Cup Qualifiers, on Monday. In quite an uncanny start to life, the Blue Tigers are yet to register a single win in the ongoing World Cup qualifying campaign, having lost three and sharing points on as many occasions.

After going 0-1 down against Qatar, the Indian football team will be looking to secure an important win against Bangladesh in their penultimate match of the FIFA World Cup Qualifiers 2020 at the Jassim bin Hamad Stadium in Doha.

India fought hard and defended well against reigning Asian champions Qatar but a 33rd minute goal from Abdulaziz Hatem proved to be the difference.

Against Bangladesh, Igor Stimac's India will hope to show the same fighting spirit and convert it into a victory as they aim to finish third in their group. Currently, India occupy the fourth spot in Group E, behind Qatar, Oman and Afghanistan. A win on Monday against Bangladesh will take them to third spot, with six points to their name.

When these two sides met last time in the qualifications, the match ended in a one all draw.

“In the football world, I would say they are very annoying team who disturb the opposition with so much defensive work, quality work – with blocks – quite similar to what we did against Qatar,” head coach Stimac said ahead of the match.

“In football at times, you need to do everything possible to irritate the rival team, to annoy them, to cut their passing. Bangladesh are fighting it for every point in the group, and whatever they do, they do it as a team."