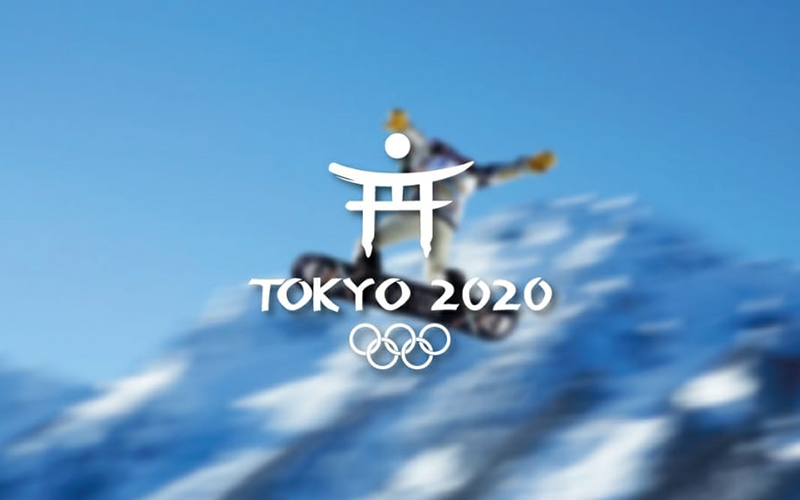 The series of Playbooks provide a framework of basic principles that each key stakeholder group will follow before they travel to Japan, when entering Japan, during their time at the Games and when leaving the Games. They will provide direction and set parameters that will enable people and organisations to advance their planning at this stage. A preview of the Playbook for athletes was already given in a call with the Global Network of Athletes' Commissions on Monday.

The first of this series of Playbooks is, for logistical reasons, aimed at International Federations and Technical Officials. Playbooks for the athletes, media and broadcasters will be published in the coming days. Accompanying the publication of each Playbook will be a series of briefings from the IOC, IPC and Tokyo 2020 with the stakeholders in question.

These Playbooks are the official, centralised source of information for the Olympic and Paralympic Games stakeholders, and the first versions will be updated with more detail over the coming months, as the global situation relating to COVID-19 becomes clearer ahead of the Games.

The Playbooks are the basis of our game plan to ensure that all Olympic and Paralympic Games participants and the people of Japan stay safe and healthy this summer. They have been developed jointly by Tokyo 2020, the  IOC and the IPC. They are based on the extensive work of the All Partners Task Force, which also includes the World Health Organization, the Government of Japan, the Tokyo Metropolitan Government, independent experts and organisations from across the world, and the interim report published by the Three-Party Council in December 2020.  In addition, they also draw upon the lessons learned from the successful measures being implemented in other sectors, including the successful resumption of thousands of international sports events across the world. Each stakeholder group will have to follow specific guidelines tailored to their individual operational needs. However, in this first edition, stakeholders will find many of the standard and commonly accepted key health countermeasures currently being implemented around the globe relating to personal hygiene, testing and tracing.

The Playbooks also outline a typical journey for each stakeholder group, beginning with measures starting 14 days before arriving in Japan, testing before departure and upon arrival in the country, and the use of smartphone applications to report health and support contact tracing during Games time. Measures will also be in place to identify, isolate and treat any potential positive cases.

In the Athletes and Team Officials Playbook, for example, this stakeholder group will learn more about their time in the Olympic and Paralympic Village. There they will be subjected to strict control measures to ensure their safety. This will include limiting the amount of time athletes and support staff stay in the Village, restrictions on socialising outside the Village, their movement between official Games venues, and a COVID-19 screening system that will see athletes and support staff screened during the Games.

The measures outlined in the first version of the Playbooks will be gradually built on over the coming weeks, as and when circumstances change and subsequent decisions are made. Information will continue to be shared and updates to the Playbooks are expected by April and June, providing more details that will allow people to progress to the next stage of planning.

Speaking about the publication of the Playbooks, IOC Olympic Games Executive Director Christophe Dubi said: "The health and safety of everyone at the Olympic and Paralympic Games Tokyo 2020 are our top priority. We each have our part to play. That's why these Playbooks have been created – with the rules that will make each and every one of us a sound, safe and active contributor to the Games. We know these Olympic Games will be different in a number of ways. For all Games participants, there will be some conditions and constraints that will require flexibility and understanding. We are providing the main directions at this stage, but naturally don't have all the final details yet; an update will be published in the spring and may change as necessary even closer to the Games. We will make sure all the information needed is shared as quickly as possible to ensure we are fully prepared to protect all those coming to and residing in Japan during the Tokyo 2020 Games." He continued: "By committing to following the Playbooks we will be stronger together. In return, the Olympic and Paralympic Games Tokyo 2020 will be remembered as a historic moment for humanity, the Olympic Movement and all those contributing to their success."

Craig Spence, the IPC's Chief Brand and Communications Officer, said: "To ensure safe and successful Games this summer, every single stakeholder involved in, or attending the Games has a key role to play. Central to this are the Playbooks that form an integral part of a new and robust masterplan developed over the last 12 months to protect every Games stakeholder and, importantly, the people of Japan during Tokyo 2020.

"Since March 2020's postponement we know much more about COVID-19, while the thousands of international sports events that have taken place safely over the last year have given us valuable learning experiences. Combining this new knowledge with existing know-how has enabled us to develop these Playbooks, which will be updated with greater detail ahead of the Games."

Tokyo 2020 Games Delivery Officer Nakamura Hidemasa commented: "The COVID-19 pandemic has impacted the daily lives of people around the world, and the Olympic and Paralympic Games need to adapt accordingly. Safety and security have become everyone's top priority, and this summer's Games will be no different. Accordingly, Tokyo 2020, the IOC and the IPC have jointly published individual Playbooks for each stakeholder outlining the rules that need to be followed by all Games participants. The Playbooks were created from the perspective of the participants themselves, based on the interim summary that was published at the Coordination Meeting for COVID-19 Countermeasures last December. They include not only the specific measures that need to be taken, but also details of the rules that need to be observed and the appointment of a single person to oversee COVID-19 countermeasures in each stakeholder group to ensure effectiveness. The purpose of this first edition is to communicate 'what we know at this time' to a large number of people in an easy-to-understand manner. The Playbooks will be updated to the second edition this spring as the situation changes.

"Through careful communication we would like to ensure that everyone involved in the Games around the world is aware of our plans. We hope thereby to assure them that, if each and every one of them follows the rules when participating in the Games, they can be held in a safe and secure manner. We hope that daily life can return to normal as soon as possible, and we would like to express our gratitude to the medical professionals, essential workers and everyone else who is working hard to ensure this. In the meantime, we will continue our preparations for ensuring safe and secure Games in the spirit of safety will be the number-one priority for the Olympic and Paralympic Games."

The first published Playbook for International Federations can be viewed and downloaded on olympic.org and via the IPC and Tokyo 2020 websites. Upcoming stakeholder Playbooks will be published after the respective stakeholder briefings.