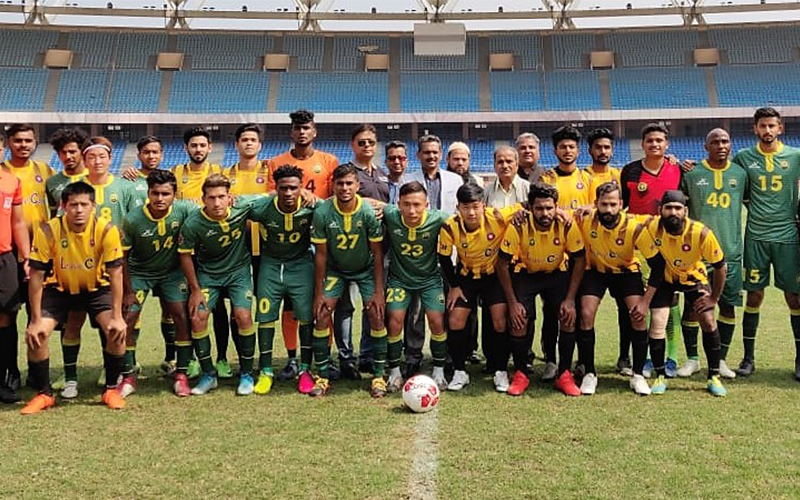 An attacking midfielder Douhou Pierre smashed four goals to provide an ideal winning-start for his team in the league which will see top 18 clubs from the city competing. Douhou Pierre was well supported by Ripudaman Pokhriyal who hit two goals. However, Nitin and Zamthianmamg scored one goal each for Garhwal FC.

Later during the second match of the league, Hindustan FC registered 2-0 win over Youngmen. Jatinder and Raja struck one goal each for the winning side.

The 18 teams are divided into two groups during the league stage. However, top five teams from each group will qualify for the premier league which is to be held for the first time in Delhi. President of Football Delhi Shaji Prabhakaran said: “We are introducing Premier League for the first time in Delhi Football to strengthen football culture and to initiate professionalism among clubs in Delhi.”

While praising efforts made by committee members, Chairman of the League Sub Committee Anand Dabas said: "To bring transparency in the league we have introduced the complete professional culture by asking participating clubs to do CRS of players and give their names in the CMS. We request clubs to adhere to the rules and regulations formed by League Sub Committee."

“Registering players will create new transparent system in the league and we appreciate clubs for taking pain in doing CRS of their players,” Senior member of the committee Rizwan ul Haq said.