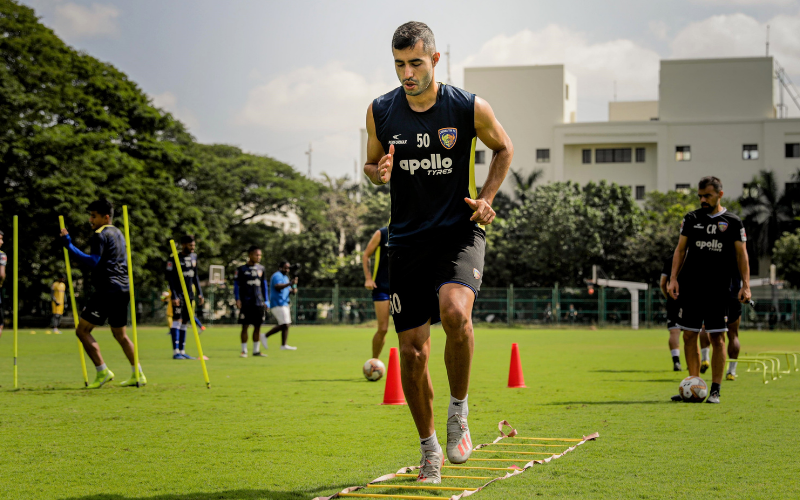 Attacking midfielder Rafael Crivellaro has extended his stay at Chennaiyin FC (CFC) on a multi-year contract.

The 32-year-old, who captained the two-time Indian Super League (ISL) champions in 2020-21, was ruled out for almost half the season after suffering an ankle injury during the game against ATK Mohun Bagan.

"I'm very happy to continue with Chennaiyin FC. Ever since I joined the club, I've had a special bond with the fans, the city and the staff. I love Chennai. For me, it is always felt like home. Last season, injury kept me away, and now I can't wait to get back with the team and give it everything on the field," the Brazilian said on his return to the club for a third straight season.

"Rafa [Rafael Crivellaro] has been a key player for us ever since he joined, and the statistics will tell you that. We missed him last season due to injury. We are overjoyed to be able to continue with the best player in the ISL within our setup," the club's co-owner Vita Dani said.

In his 27 Indian Super League appearances for the Marina Machans, Crivellaro has been one of the most consistent performers in the league. With seven goals and eight assists in the 2019-20 season, he was instrumental to the club's runners-up finish.

"Rafael Crivellaro is a very good player. He has shown his quality with his performances for the team in the past. We have extended his contract as we believe he will do the same this year as well. I'm sure he'll work hard to make a comeback after his injury. I hope he will come back stronger and better and help the team as he did before," CFC's newly-appointed coach Bozidar Bandovic said.

Apart from having played in one of the world's most prestigious club competitions, the Europa League, Crivellaro was also part of Portuguese top-tier side Vitoria Guimaraes, which won Taca de Portugal (Portuguese Cup) in 2012-13.