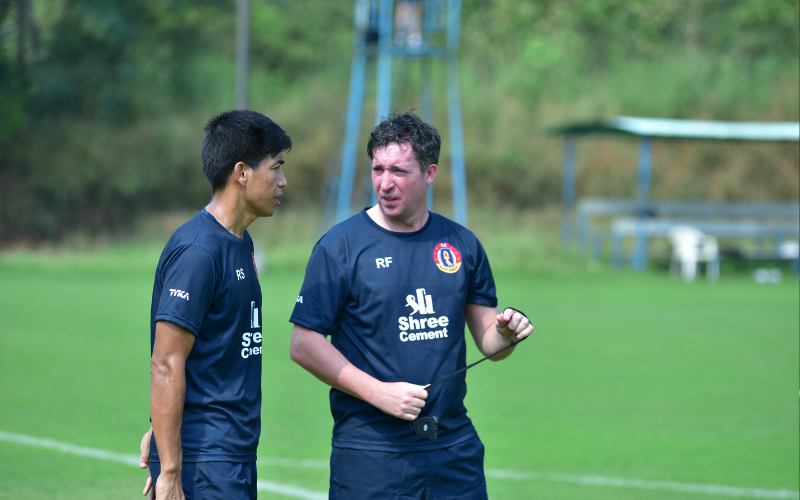 One of the oldest football rivalries in the world and arguably the biggest and most important fixture in Indian football, the Kolkata derby, will make its debut in the Hero Indian Super League on Friday when SC East Bengal open their campaign against ATK Mohun Bagan at the Tilak Maidan Stadium, Vasco on Friday.

There has been a lot of anticipation and build-up around this encounter amongst the entire football fraternity as the two heavyweights joined India’s premier football league.

Led by a new head coach in former Liverpool FC legend Robbie Fowler, who takes over a revamped squad, SCEB will aim to open their campaign on a winning note.

SCEB boasts of a line-up heavy with talented Indian players including Jeje Lalpekhlua, Eugeneson Lyngdoh and Balwant Singh. Their foreign contingent, spearheaded by captain Dylan Fox alongside experienced stars such as Anthony Pilkington and Jacques Maghoma, will give Fowler confidence as he embraces his second stint as head coach.

“Our team is full of leaders and Danny is a leader among leaders," the 45-year-old said. "I believe in him and feel he has the acumen to drive SCEB forward as we build up to our first game, the big derby. I have had good conversations with him and he has shown the hunger like everybody else, to deliver the goods for the team."

The Englishman, however, will have his task cut out against ATKMB coach Antonio Lopez Habas, who is into his fourth Hero ISL season. Habas isn't short of experience, having won two ISL titles. ATKMB's strong squad depth also means that Habas' side will start as favourites.

The Mariners began their campaign with a narrow 1-0 victory against Kerala Blasters and a win against their arch-rivals might just hand them the momentum they need as the season goes on.

"The derby is a special match and it's important for me because I know what's the intensity in Kolkata and what it means to the supporters," Habas said. "We have to respect and try and bring joy to our supporters in Kolkata."

A rivalry for the ages, the battle for the bragging rights in the ‘City of Joy’ enters a new era.