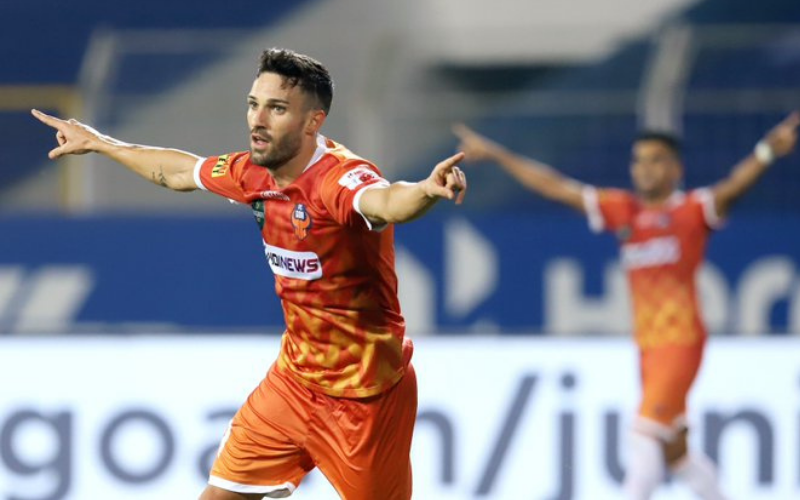 It was a performance that FC Goa's players will wish could have been witnessed by their supporters. It was sharp and stylish, and very comfortable.

A brace from Jorge Ortiz and Naveen Kumar’s brilliance in goal helped FC Goa script a 3-0 win over Jamshedpur FC in the Hero Indian Super League at the Fatorda Stadium, on Thursday.

Ortiz scored a goal each in either half (19’, 52’) while Ivan Gonzalez added a late third (89’) after Alexandre Lima received marching orders following a second booking.

Naveen got his first start for the Gaurs under Juan Ferrando while Lenny Rodrigues returned to the side. Top scorer Igor Angulo was a surprise exclusion as Alberto Noguera came in, allowing Ortiz to play in the number 9 role.

Owen Coyle made just two changes with Narender Gahlot and Issac Vanmalsawma starting ahead of Joyner Lourenco and Jackichand Singh.

It was end-to-end play in the opening minutes which saw both sides fashion goal-scoring opportunities. Jamshedpur had an early opportunity to take the lead when they were awarded a free-kick outside the box. Aitor Monroy's outswinging freekick into the box was there to be put in by Peter Hartley, but the skipper couldn't get the right connection.

At the other end, Goa pressured the opponents and nearly broke the deadlock when Brandon Fernandes played Ortiz through on goal, but the latter’s shot was kept out by TP Rehenesh.

However, the custodian couldn’t stop Ortiz in the 19th minute. Noguera’s brilliance on the right saw him get past his marker with quick feet and composure. The Spaniard then squared to Ortiz, who fired into the bottom corner.

JFC had their best chance to level terms in the 25th minute. Alexandre Lima got past James Donachie on the left and on reaching the byline, played a cutback pass for Valskis. But the Lithuanian’s strike was saved by Naveen.

Soon after the restart, Ortiz scored his second. Noguera played Brandon through and the Goan squared it towards Ortiz. He took a first-time shot, which hit the post but he did not miss on the rebound.

Ortiz had the chance to complete his hat-trick a while later but this time, Rehenesh pulled off a fine save.

While the Goa attackers were doing their job, they were well backed up by their keeper Naveen, who was at his best to frustrate JFC strikers. Naveen denied his former teammate Jackichand Singh with a brilliant save to ensure a clean sheet.

Things got worse for JFC when Lima was sent off for his second yellow after a tackle on substitute Devendra Murgaonkar.

Then, Goa scored their third through Ivan Gonzalez. The defender played a one-two with Angulo at the edge of the box and dinked the ball past Rehenesh, into the net.